Critically ill Irish patients with Covid-19 are to take part in a UCD-led clinical trial as part of global efforts to find potential treatments for the virus.

Professor Alistair Nichol, Chair of Critical Care Medicine at University College Dublin and an intensive care consultant at St Vincent's University Hospital, will act as the Irish lead on the research network.

The trial, facilitated by the Health Research Board, will start enrolling willing patients in intensive care units in April and will test the effects of different treatments on Covid-19.

The international project aims to ensure any findings are shared quickly with others working on possible treatments, and involves research teams in UK, Ireland, Netherlands, Germany, Belgium, Singapore, New Zealand, Australia and Canada. 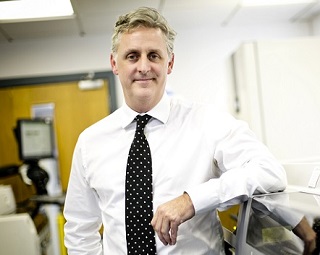 Professor Nichol said the research network used by the trial came about following the 2009 H1N1 pandemic, where researchers did not have enough time to setup clinical trials to respond to the outbreak.

“In the 2009, H1N1 pandemic many groups tried to conduct trials in a timely manner, however, our groups and others couldn’t establish a clinical trial in time to respond to the pandemic,” he said.

“So, we designed a new trial called REMAP CAP to recruit in “peacetime” but to be able to convert rapidly in the event of a pandemic, such as COVID-19.” Following a model established in the wake of H1N1 crisis, and with funding from the EU.

“This means we can rapidly generate evidence to guide doctor’s decisions on the best treatment for critically ill patients with COVID-19.”

He added that if one treatment was found to be working more effectively than another, patients could actively be directed towards it rather than waiting for the final results of a clinical trial.

Researchers in Ireland led by Professor Nichol will work with a local network of clinical research facilities and other partners across academia and hospitals as part of the trial.

Their efforts are being supported by the Health Research Board, who have invested heavily in the Irish Critical Care Clinical Trials Network based at UCD Clinical Research Centre over the past five years.

A further €400,000 is to be provided to the Covid-19 trial, according to Darrin Morrissey, Chief Executive at the HRB.

“Existing HRB support for this trial network means that Irish researchers can react quickly and activate targeted responses to the Covid-19 outbreak, based on scientific consensus on potential treatments," he said.

“The pace at which we have been able to respond is only possible because of the incredible work done to date in this network and the collaborations they have established internationally.”