Warnings about COVID-19 misinformation are being ignored, new study suggests 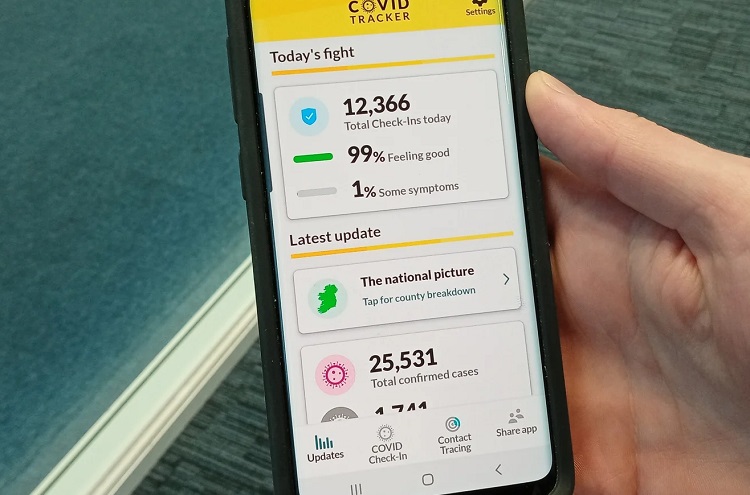 Warnings about the dangers of fake information about COVID-19 could be falling on deaf ears, according to new research.

In a working paper studying the impact of online misinformation, Dr Ciara Greene from the UCD School of Psychology found there was little evidence that warnings about fake news had any effect on a person's belief in fake news or on associated behavioural changes.

Some 3740 participants were recruited for the study, and each were shown public health and misinformation warning posters which copied the format and style of awareness campaigns relating to COVID-19 in Ireland.

They were also shown four fake stories and four real stories, and were not told that some of the stories were fake.

Among the fake stories was a claim that the HSE's contact tracing app was developed by a group previously involved with Cambridge Analytica.

The study also looked at false memories, with participants asked if they remembered seeing some of the news stories – the real stories and two randomly selected fake ones – previously being reported.

Dr Greene, and her co-author Dr Gillian Murphy from University College Cork, found that “exposure to misinformation was associated with small but significant changes” in two of the four behaviours being assessed.

Those who had viewed the fake story about the contact tracing app were less willing to download it for example, while some of the participants who falsely remembered having seen the story also reported an unwillingness to engage with it.

"It's not just that people believed the story, they remembered it," Dr Greene told the Times. "A lot of them thought this story was true and about a quarter had a false memory about it."

Dr Murphy added: "I suspect the contact-tracing story felt familiar as there was so much discussion about privacy and data protection in the weeks before we ran the study. Familiarity can increase false memories."

Examining whether providing a warning about fake news might reduce susceptibility to misinformation, the results of the study suggests that if fake news does affect behaviour generic warnings such as those used by governments and social media companies, and shown to the participants in the research, were unlikely to be effective.

“Viewing a warning about misinformation did not affect behavioural intentions, regardless of framing, and warning condition did not moderate the effects of fake news exposure,” the paper notes.