The Government and its chief election rivals, Fianna Fail and Sinn Fein, have “lost sight” of the climate crisis, according to a panel of climate experts who scored their manifestos on climate action.

Seven party manifestos were assessed on behalf of the One Future Campaign by Dr Cara Augustenborg, of the UCD School of Architecture, Planning and Environmental Policy, Professor John Sweeney, Maynooth University, and Sadhbh O’Neill, policy adviser to the members of the all-party Oireachtas Committee on Climate Action ahead of the General Election this Saturday, 8th February.

The One Future Campaign is a coalition of civil society groups that work in a number of areas including women’s, youth, faith, environmental and overseas aid. 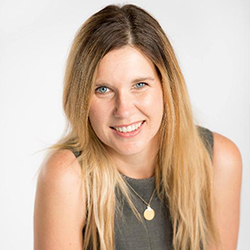 Dr Cara Augustenborg, of the UCD School of Architecture, Planning and Environmental Policy

“While all the parties have improved their policies on climate and biodiversity since the last general election, it’s disappointing the larger parties still don’t seem to connect the dots,” said Dr Augustenborg, who previously scored manifestos in the 2016 election.

“They are promising more climate action on the one hand, while at the same time promising more regional airports, for example, and not committing to the level of emissions reductions we need to help solve the problem.

“In an effort to promise something for everyone in the audience, they seem to have lost sight that the climate crisis is the biggest challenge humanity faces,” she added.

Each party’s manifesto was examined by Dr Augustenborg and her colleagues, and were assigned scores out of 100 against One Future’s nine policy demands.

Fine Gael, FF, and SF were deem to be the ‘weakest on climate action’, with each receiving overall scores of 34, 36, 43 respectively.

The Social Democrats and Labour fared little better, with their manifestos being graded as 45 and 55.

Only the People Before Profit party and the Green Party received scores above a C grade, with the latter being marked as high as 78 points.

To see the complete breakdown of how each of the reviewed parties fared, visit OneFuture.ie.