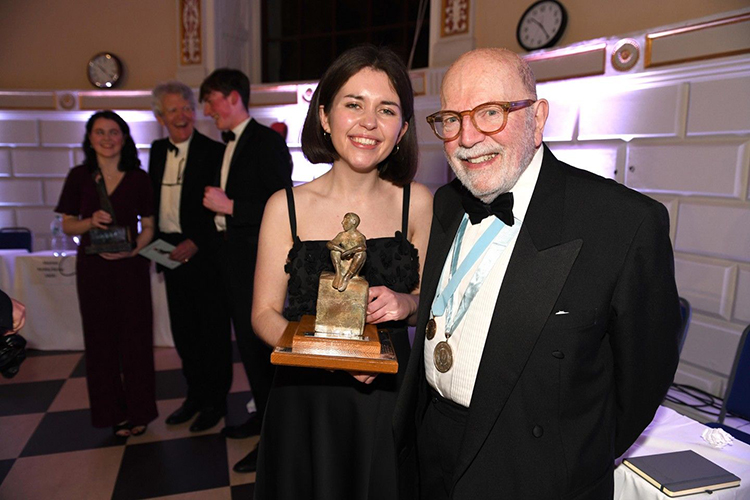 The competition has seen 162 third-level students battle it out to be crowned champions, with teams paired into two and facing off in the debating chambers across the country.

Last month, semi-finals were held to decide the four remaining teams and individuals who would compete at the grand finals.

Teams representing UCD, TCD, NUI Galway and the Law Society of Ireland were given the topic of “This house believes that the Irish criminal justice system is too weak on crime” as their final motion to debate.

Trinity College Dublin students Eoghan Quinn and Aislinn Carty took the title of team champions at the event, with the UCD team of Mark Smyth and Cora Keegan declared runners-up.

This year’s winners not only received the Demosthenes Trophy for best team and the Christina Murphy Memorial Trophy for best individual, but also earned a month-long tour of the United States.

The grand final of the Irish Times Debate competition took place before an audience including former winners and finalists stretching back over six decades at Trinity’s Public Theatre.

Former winners and finalists include presidents past and present such as Michael D Higgins and Mary Robinson, as well as politicians, broadcasters, senior civil servants and judges including Justices Adrian Hardiman, Frank Clarke and Donal O’Donnell.