Coronavirus: Europe struggles to adapt to a post-American world 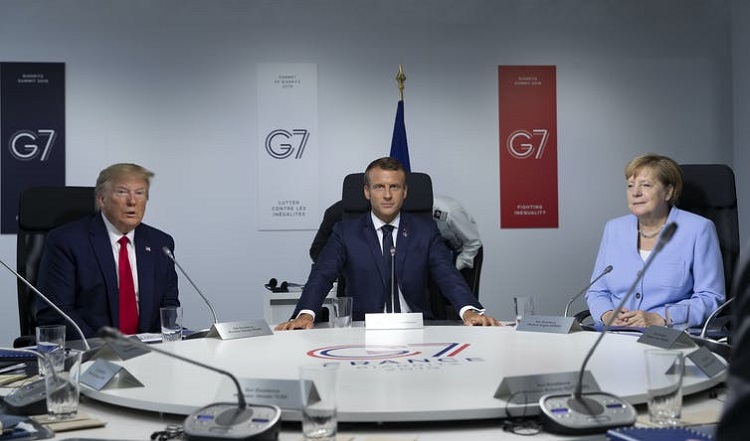 Europeans are not looking to the US to lead during the pandemic emergency, as they might have done in the past.

Over the past four years, Europe has moved from shock at Donald Trump’s election to confusion about what it means for the Atlantic alliance to increasing repudiation of American leadership. European leaders are now beginning to imagine a world order without the US at the centre.

Transatlantic relations, a symbolic linchpin of the Western-led global order, are in a parlous state. This reflects both internal crises in the US and in many European nations and a loss of faith in broader visions of supranational alliances. The coronavirus pandemic has not triggered a reinvestment in multilateral actions. It has instead brought greater rigidity to the ideologies of political elites and revealed how unprepared Western states are for crisis management.

It has also underlined the frailty of the “European project” and deepened anxiety about its future.

Writing in the Irish Times in mid-April, columnist Fintan O’Toole was forthright in his view that “Donald Trump has destroyed the country he has promised to make great again”:

"It is hard not to feel sorry for Americans … The country Trump promised to make great again has never in its history seemed so pitiful … the idea of the US as the world’s leading nation – an idea that has shaped the past century – has all but evaporated … who is now looking to the US as the exemplar of anything other than what not to do? How many people in Düsseldorf or Dublin are wishing they lived in Detroit or Dallas?"

This unsparing judgement by one of Europe’s leading journalists would likely not have been made even five years ago. Now, it is resonant of op-eds across Europe. The growing consensus is that Europe’s American dream is busted and American exceptionalism is a discredited myth. There is no expectation, or even the vaguest hope, that the US will demonstrate moral leadership or promote liberal values.

Transatlantic tensions are of course not new. European disavowals of American power and hubris have a long history. There have been waves of anti-American sentiment across the continent in the past in response to US militarism – in Vietnam and post-9/11 in Afghanistan and Iraq. However, testing as these moments of fracture were, they invariably involved protesting particulars of US foreign policy rather than the idea of America itself.

In recent years Europeans have watched the US pull out of the Paris climate accords and withdraw from global, multilateral commitments. They have listened to Trump label NATO as “obsolete” and heard his many aggressive statements about Europe. In early February the American president told a gathering of US governors: “Europe has been treating us very badly. European Union. It was really formed so they could treat us badly.”

As the pandemic emergency grew, Europeans have observed the Trump administration impose a 30-day ban on travel from Europe to the US, without consultation with European leaders. They have read media reports on how Trump offered $1 billion to a German pharmaceutical company to secure monopoly rights to a potential Covid-19 vaccine. While the much-reported story was denied by the Trump administration, many in Europe were prepared to believe it and the EU even put up funding to ensure it wouldn’t happen.

European policymakers and intellectuals are now regularly detailing Trump’s failed leadership during the pandemic crisis. Dominique Moisi, a political scientist at the Institut Montaigne in Paris, recently told the New York Times: “Europe’s social democratic systems are not only more human, they leave us better prepared and fit to deal with a crisis like this than the more brutal capitalistic system in the United States.”

But while criticism of American leadership is merited here, such views do have a whiff of schadenfreude about them. It should be noted that there is also widespread apprehension in Europe that the EU is failing the stress test caused by the pandemic.

In Italy in particular, there has been deep resentment at what is perceived to be the lacklustre response of the EU early on in the pandemic. More broadly, old fault lines between northern and southern Europe have emerged in the rancorous and now stalled discussions about calls for collective debt issuance to deal with the post-pandemic recovery.

The EU has struggled to keep internal borders open and keep alive the principles of the single market and free movement. The governor of the Veneto region in Italy has stated that “Schengen no longer exists … It will be remembered only in the history books.” Meanwhile, Poland and Hungary slide further towards autocracy.

The European loss of confidence in American leadership coincides with a consuming crisis in the European project.

The Covid-19 pandemic has quickened the emergence of a new world order, which is likely to be a new era of great power competition. The “post-American world” that is taking shape will see it and other Western nations decline while the rest, most notably China, rise.

A divided Europe will need to develop “an appetite for power” amid the realisation that it can no longer count on the US. If a post-American Europe is to collectively rise to the challenges of the new geopolitical realities it will need to be unified by something stronger than its distaste for the American president.