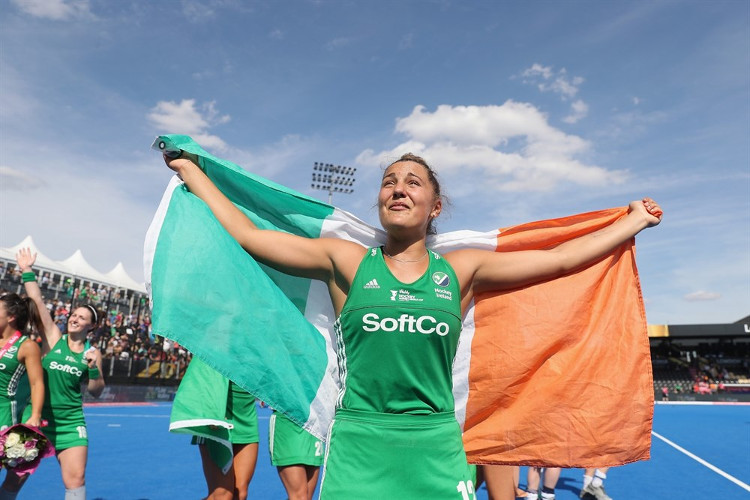 Irish World Cup silver medal winner Lena Tice has been named ‘Sportsperson of the Year’ at the 2020 UCD Sport Awards.

The talented 22-year-old, who studies at the UCD School of Economics, played a starring role in her squad becoming the first ever Irish field sport team ever to reach a world cup final.

Following this triumph, the Glenealy native won both the Irish Senior Cup and EY Hockey League with UCD Ladies Hockey.

She also received a nomination for the prestigious Fédération Internationale de Hockey 'Rising Star' award, which recognises the best young player in international hockey in a given year.

The FIH nomination capped off a remarkable year for the young UCD defender.

Over 340 students from 21 different sports clubs were honoured at the Bank of Ireland UCD Athletic Union Council Sports Awards for their achievement over the last twelve months.

Due to the ongoing Covid 19 restrictions the presentations to this year's winners were made virtually.

Irish World Cup silver medal winner Lena Tice has been named ‘Sportsperson of the Year’ at the 2020 UCD Sport Awards.

Alongside Ms Tice being named as the ‘Dr Tony O’Neill Sportsperson of the Year’, a number of other special awards were presented to several UCD clubs and sportspersons.

The club was also named “Elite Club of the Year” following their successes last year in numerous events at the University and National Championships.

The UCD Camogie team was named the “Varsity Team of the Year” following their Purcell Cup victory.

The Sailing Club was named the “Varsity Club of the Year”.

The “Gerry Horkan Club Administrator of the Year” was presented to Callum Terry of the Karate Club.

The Ladies Basketball Club President Emma Jane Dunne was the recipient of the “Bank of Ireland Graduate of the Year”.

“Sport is an integral part of student life at UCD and the fact that we have so many students from so many clubs who are not only triumphant at Intervarsity level, but many others taking on the cream of competition nationally and internationally, underlines the quality of our sportsmen and women,” said AUC President Professor Joe Carthy.

“It is important also to give credit to our clubs and particularly the committees of each club who have administered to the needs of their members throughout the year.

“The continued efforts of clubs to engage with members and support them during the Covid-19 closure is also to be commended and demonstrates the true spirit of collegiality”.