Opinion: Microbes might be gatekeepers of the planet’s greatest greenhouse gas reserves 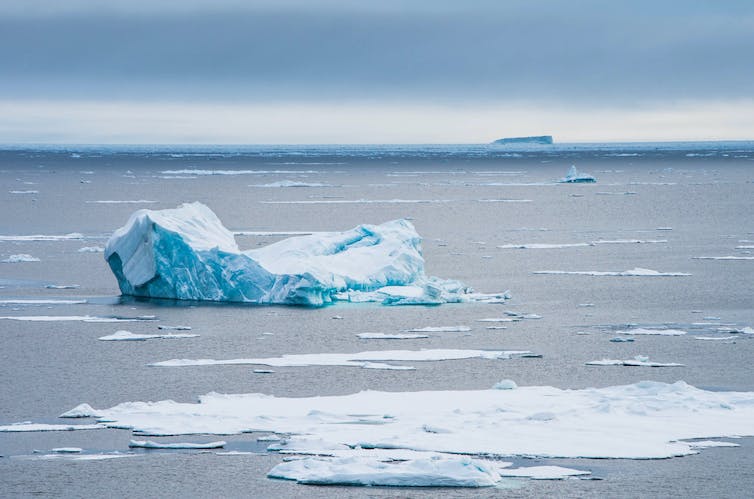 Massive greenhouse gas reserves, frozen deep under the seabed, are alarmingly now starting to thaw. That’s according to an international team of scientists whose preliminary findings were recently reported in the Guardian.

These deposits, technically called methane “gas hydrates”, are often described as “fiery ice” due to the parlour trick of burning atop a Bunsen burner what appears to be ice.

The research is not yet peer-reviewed and has been controversial, with some climate scientists saying the Guardian article makes unsupported claims. We agree that findings should be peer-reviewed before they are reported. But as experts in these exact methane hydrates, we’re more sympathetic than the climate scientists towards the idea that this a serious possibility that we need to start worrying about. So although it is controversial, let’s suppose for a moment that these latest findings are real and that methane frozen below the seabed really is being released. What does this mean?

Methane is not as common as carbon dioxide, but it also contains carbon and is a potent greenhouse gas. Many people have heard of methane being stored in Arctic permafrost, but few realise that there are also massive and much larger deposits of the gas locked beneath the seabed.

Although seabed greenhouse gas thawing has been foreseen – and feared – for some time, it was only suspected to become a serious problem by the middle of this century. If it now seems to be melting much earlier, its a signal that human indifference to the environment, and release of fossil fuel carbon, is now being effectively amplified by the disintegration of our own planet’s geological balance.

To put this into perspective, there is perhaps 20 times more carbon stored in these natural underground reserves than in the entire biomass of Earth combined – that is, all plants, animals and microbes. Clearly, there is at least the potential for greenhouse gas to be released from these deposits on a significant scale.

Methane entrapped in their icy jail cells of hydrates underground ought to stay there for millions of years, accumulating over the aeons. If these deposits are now rapidly thawing, we might think that basic physical parameters such as temperature and pressure are the only things that control their formation and destabilisation. If this was the case, then the problem could be easily understood, and even possibly mitigated through human intervention. However, it increasingly seems that other less predictable factors are also relevant. 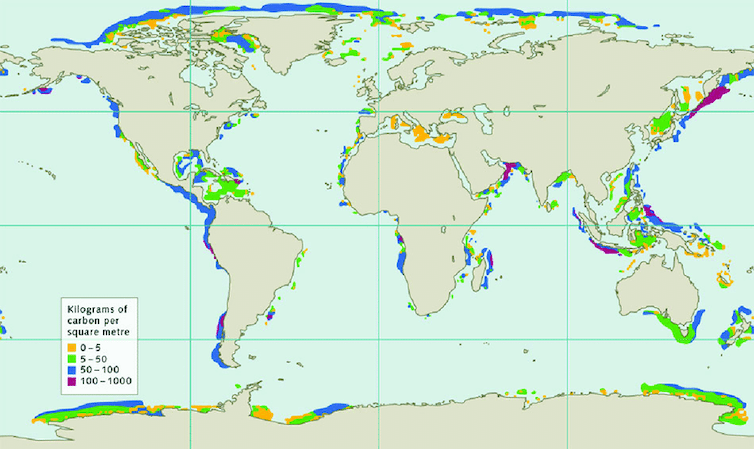 One unexpected influence is the Earth’s fluctuating magnetic field which, as we discovered in a study published last year can potentially destabilise the methane deposits. There’s even the possibility that this same effect could eventually lead to mass extinction: global gas-hydrate destruction may have caused the great end-Permian extinction event which wiped out 90% of species on Earth some 250 million years ago.

Microbes may be stabilising these methane deposits

Another overlooked factor is the role of microbial life. Microbes have been with us for more than 3 billion years and are found just about everywhere on our planet, including deep beneath the seabed, in places we might otherwise think living things could not survive – let alone thrive. It seems perfectly natural then that these same microbes interact with stored hydrate reserves, perhaps even using the high-energy methane to flourish. 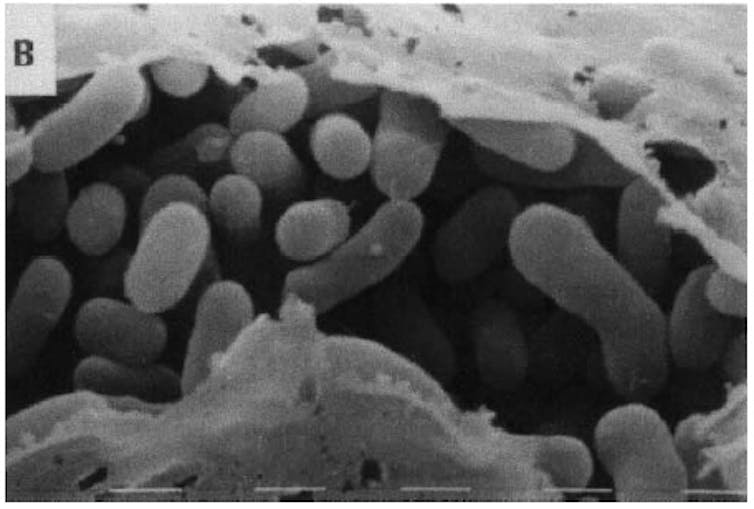 A kind of Methylobacterium, similar to the bacteria that lives off underground methane. Microbe wiki / Anesti et al

What if these microbes also stabilise their “food source”? Our research teams have recently shown that marine methane-using bacteria can easily produce simple proteins or “bio-molecules” that do just that. Furthermore, in laboratory experiments and computer simulations we demonstrated the accelerated formation of gas hydrates by such bio-molecules so that we can now conclude that microbes will indeed coordinate these reserves in the real-world conditions found under our seas and oceans.

The story becomes even more intriguing. We next studied the effect of both magnetic field changes and bio-molecules on the rates of methane-hydrate formation. These two factors appear to complement each other, so that microbes growing on hydrates in the presence of the Earth’s relatively weak, but changing, magnetic field could have adapted and evolved – no doubt over geological timescales – to control adeptly the massive methane-hydrate deposits that are found below the seabed and in the permafrost.

In other words: yes, microbes really may be the gatekeepers of this aspect of the Earth’s climate stability. If, and clearly it is still a big “if”, we have upset this delicate geo-microbial balancing act through global warming, then we won’t just be playing with fiery ice, we may ultimately see a world with temperature rises not seen since before the dinosaurs roamed the planet.