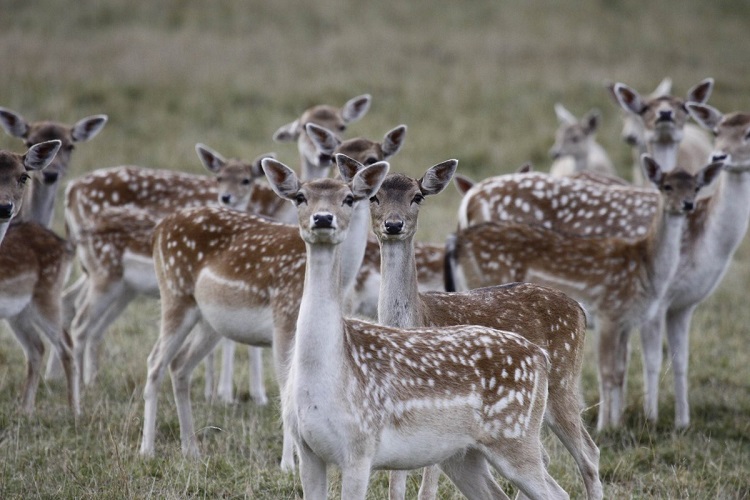 A new app is offering wildlife enthusiasts the opportunity to get involved in Ireland's first nationally-coordinated project for deer monitoring by collecting data on their smartphones.

Currently there is no up-to-date system that tracks the distribution or population density of the four species of deer across the country.

SmartDeer was developed as an efficient way to monitor deer populations on the island of Ireland by allowing users to collect deer presence and density data, culling returns and even random sightings.

Combined with environmental and climate data, this information will be used to produce the most up-to-date distribution maps with the aim of allowing those involved with the management of deer to rely on evidence-based decisions when it comes to the animals, including gauging their ecological impact.

“Technology such as smartphone and desktop geospatial capabilities are underused in Ireland for wildlife, especially for deer and our project aims to close this gap by introducing tools that will allow national deer monitoring in real-time,” said project lead Dr Simone Ciuti, UCD School of Biology and Environmental Science.

“It will allow us to develop models to describe current distribution of deer and predict their future shifts in distribution and abundance, highlighting where in the country we are likely to expect hotspots.

“This knowledge will make the country ready to monitor the status and health of our deer populations and to face upcoming challenges with deer management under climate and land-use change scenarios.”

Alongside using an app to track changes in deer distribution in real-time, SmartDeer users will take an initial survey to help establish a baseline for deer distribution across Ireland over the last five years.

This National Mapping Survey will be used to generate distribution maps of known deer presence, and will be followed by new data collection campaigns annually.

“We aim to provide a clear picture of what is known about the distribution, status and trends in deer species distributions at national level in Ireland,” said Professor Barry John McMahon, UCD School of Agriculture and Food Science

“This survey will produce up-to-date knowledge of deer distribution using expert stakeholder and community-based knowledge, and part of the push to obtain this data will be a series of online workshops to present the project and data collection. At these workshops, stakeholders have the opportunity to contribute with data, ideas and feedback.“

SmartDeer is a project being led by the Laboratory of Wildlife Ecology & Behaviour at University College Dublin, with funding from the Department of Agriculture, Food and the Marine.

To participate, users need only download the SmartDeer app from Google Play and App store, and visit here to complete the National Mapping Survey.