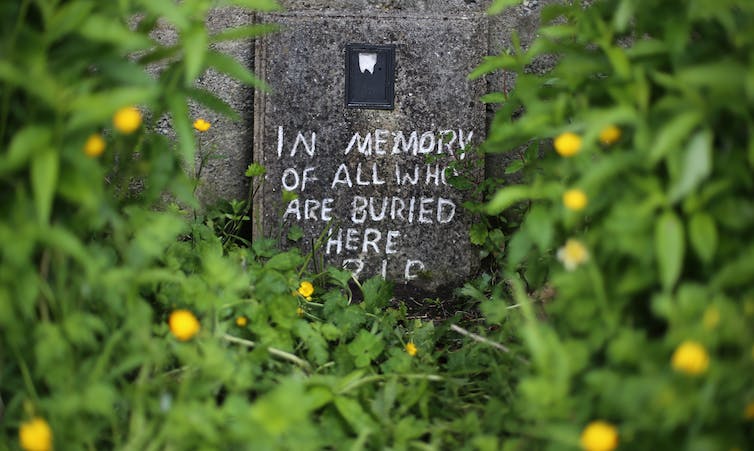 Mother and baby homes were institutions where unmarried women were sent to have their babies, often arriving destitute having been denied support by the child’s father, and even their own family, simply for falling pregnant outside marriage. The Irish government has recently published an inquiry into conditions at these homes, where 56,000 women spent time between 1922 and 1998 when the last closed. A report on similar homes in Northern Ireland has also recently been published.

The Irish government’s inquiry is the latest investigation into institutions that together constituted what we have described as a network of “coercive confinement”. This also included reformatory and industrial schools, psychiatric hospitals, county homes (former workhouses) and Magdalen laundries. Yet the largest part of this landscape of confinement – institutions run by the state, particularly psychiatric hospitals – has gone unexamined.

The first inquiry was the Commission to Inquire into Child Abuse in reformatory and industrial schools. The resulting Ryan report in 2009 estimated some 42,000 children had passed through them between the 1930s and the 1970s. Former pupils gave evidence of the physical and sexual abuse they had experienced.

The Ryan report found that the Catholic religious orders that ran the schools colluded in covering up abuse, and the Department of Education responsible for monitoring them was “deferential and submissive” to the religious orders, with its inspection regimes “fundamentally flawed and incapable of being effective.”

More recently, the McAleese report published in 2013 investigated the Magdalen laundries. Also run by Catholic orders, an estimated 10,000 women were kept working in unpaid labour. They lived in harsh conditions, sometimes for years, entering via the criminal justice system, from industrial schools, mother and baby homes or other institutions, through self-admission, or having been sent there by their families.

These three inquiries show how Ireland and other countries have begun to grapple with a legacy of maltreatment, particularly where children are involved, in the very institutions that were supposed to ensure their wellbeing. 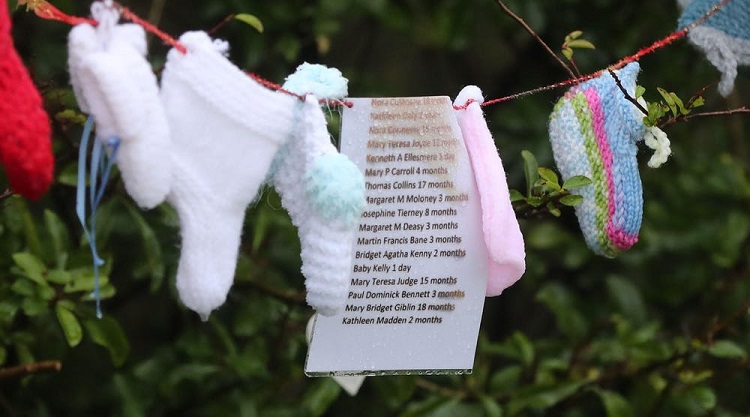 A memorial to the children buried at the Tuam mother and baby home. Niall Carson/PA

While mother and baby homes were not unique to Ireland, the number of women who entered them and their longevity makes them distinctive from similar institutions elsewhere. The report states: “It is probable that the proportion of Irish unmarried mothers who were in mother and baby homes was the highest in the world.”

The same observation can be made of the other places of coercive confinement. For example, by the mid-1920s there were more children held within the industrial school system in the 26 counties of the Irish Free State (now the Republic of Ireland) than in England and Wales. A 1966 report on the future of psychiatric hospitals claimed the number of patients detained involuntarily in Ireland “appears to be the highest in the world”.

The mother and baby home report lays out the role played by families in sustaining the system:

Irish families were less willing to provide a home and support to a daughter who had given birth outside marriage and her child. This was due to a combination of factors - large families, poverty, but above all a concern with respectability and a family’s status in the community.

Some have criticised this view, but it cannot be summarily dismissed. We have argued at length in a book and in various articles that to comprehend Ireland’s history of coercive confinement requires taking account of the complex inter-relationships between the family, state, and church(es). The report sets out these inter-relationships in nearly 600 pages that detail the social history of the homes, making clear that the injustices of these institutions cannot be laid at the door of the church and state alone.

The report focuses chiefly on institutions managed by Catholic or Protestant religious bodies, and these have drawn the most comment. A notable example is the mother and baby home in Tuam, County Galway, where an unmarked mass grave of hundreds of infants was identified in 2013, and for which the home’s operators, the Sisters of Bon Secours, finally apologised following the publication of this report.

But conditions in the four county homes administered by local authorities examined in the report were significantly worse than in the mother and baby homes. In addition, those in county homes had to carry out unpleasant work for which they were not paid.

In 1950, as well as the 8,585 people in county homes there were 18,677 people in psychiatric hospitals, 469 in prison and 52 in borstal – all institutions managed by the state. By comparison, there were 6,588 children in reformatory and industrial schools, around 1,000 women in Magdalen laundries, and in the region of 430 women in mother and baby homes run by faith-based organisations. In other words, more than three quarters of those coercively confined were held in state run institutions, often in dreadful conditions.

Psychiatric hospitals, the single greatest contributor to coercive confinement in mid-20th century Ireland, where tens of thousands were involuntarily detained over the decades, have not been subjected to any detailed scrutiny. Available records reveal that conditions and quality of care were appalling. An official visiting St Finian’s Psychiatric Hospital in Killarney in 1963 described an overpowering stench and toilets that were:

nauseating with deeply pitted floors and lavatory bowls broken and cracked. There were no doors and no seats. A few of the toilets had been liberally sprinkled with Jeyes fluid [disinfectant] and I never thought it could smell so sweet.

An inquiry into the treatment of psychiatric patients is urgently required to correct the view that cruelty and abuse of power were the preserve of the religious orders. It would reveal the uncomfortable extent to which families and government bodies were enmeshed in a system of coercive confinement the legacy of which continues to reverberate today.