Professor Declan Gilheany is the 2020 winner of the Institute of Chemistry of Ireland's Annual Award for Chemistry - one of Ireland's top accolades for those working in the industry.

The researcher from the UCD School of Chemistry was named a recipient of the ICI award in recognition of his significant contribution to the advancement of chemistry. 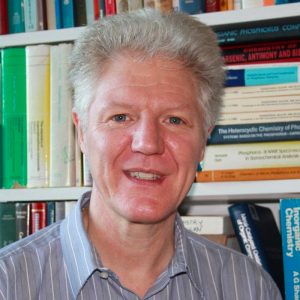 An author of more than 92 original research articles, reviews & patents in the area of organic synthesis, catalysis and phosphorus chemistry, Professor Gilheany has supervised 36 PhDs/10 PDRAs to date.

First inaugurated in 2005, the ICI Award for Chemistry is for a practising chemist who has made a significant contribution to the advancement of chemistry and has considerably raised the profile of the discipline through both the excellence of their work and their ability to communicate effectively and lucidly.

Since 2007, its recipients present a series of lectures to promote the benefits of chemistry within twelve months of receiving the award.

These public lectures are termed the 'Eva Philbin Public Lecture Series' in memory of the late Professor Eva Philbin, formerly head of the Chemistry department in University College Dublin and also a former President of the Institute of Chemistry of Ireland.