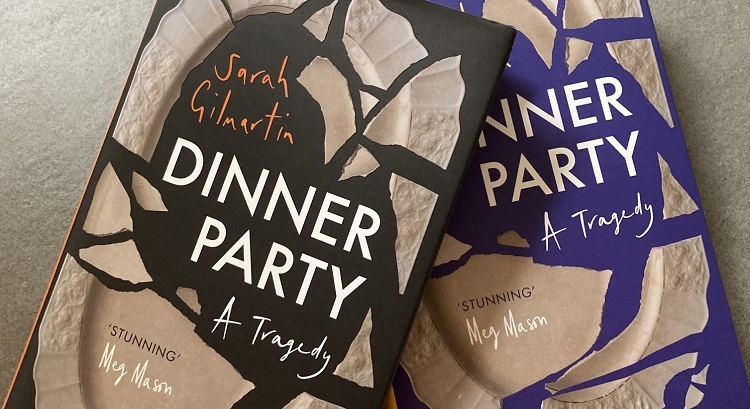 The debut novel from a graduate of UCD's creative writing masters is to be released this week following its acquisition by publisher Pushkin One.

Limerick native Sarah Gilmartin will see her first book 'Dinner Party: A Tragedy' go on sell in the UK and Ireland on 16 September; a work that she begun while studying at University College Dublin.

Set in Ireland over four periods from the 1990s to the present day and delving into long-term grief and how it can ravage familiar relationships, the novel explores the emotional fallout the death of a twin has on her sister and the rest of her family.

The synopsis explains: 'Opening at a fraught dinner... to mark the anniversary of a death in the family, the novel thrillingly unravels into past family secrets and tragedy.'

“I was really interested in the closeness of twins, how when they are young they are their own unit and don’t really need anybody else. And how as they grow older into their teens, there is a bit of displacement,” Sarah told The Bookseller.

“But then I thought about going further, about what would happen to a twin after the death of the other—and most of the book is after the death. That idea of missing really interested me, about something going from a whole to a half.”

An arts journalist who reviews debut fiction for the Irish Times, Sarah is a prize-winning writer of short stories and plays.

Acquiring the rights to her debut novel, Pushkin One deputy publisher Laura Macaulay described the work as “an exhilarating drama that reads like a very grown up thriller.

“Sarah Gilmartin is a serious talent and I'm thrilled to be working with her at the start of her fiction-writing career," she added.

The masters' degree in creative writing at UCD has had several notable graduates in recent years, including Irish fantasy and young adult author Dave Rudden – who wrote what would become the first chapter of 'Knights of the Borrowed Dark', the first book in an acclaimed trilogy by the Cavan writer, while studying at the University.

The UCD School of English, Drama and Film has sought to develop and expand UCD's programmes of undergraduate and postgraduate education in the art and practice of creative writing.