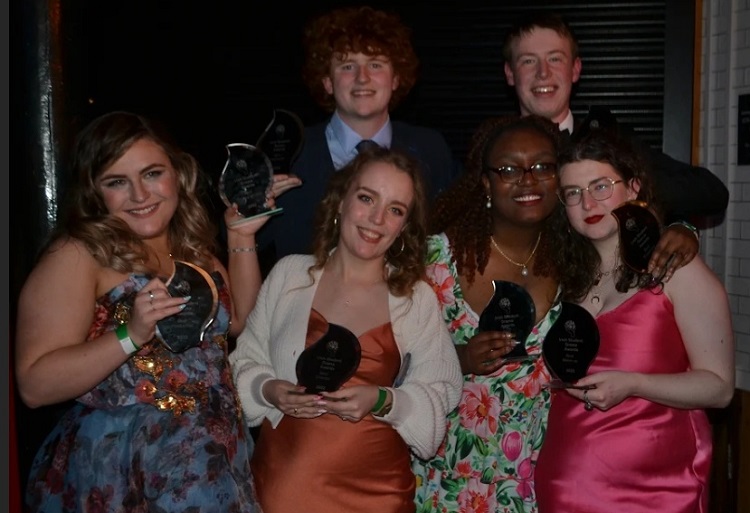 The two-week long competition, hosted by NUI Galway, saw the best of Irish student drama submit their theatre productions, with a total of 11 shows performed students from NUIG, UCC, UCD and TCD.

The winning UCD students were:

UCD Dramsoc have now won the 'Best Director' award at the ISDA Festival five times in the last seven years, with four consecutive wins between 2015 and 2018.

Members from the group also received a number of other nominations at the 2022 ISDA awards:

First held as an all-Ireland event in 1947, the ISDA festival promotes and encourages student drama. Its theatrical performances are judged over the course of the festival with an awards ceremony on the final night. This year's competition marked the first time it was held in-person since 2019.