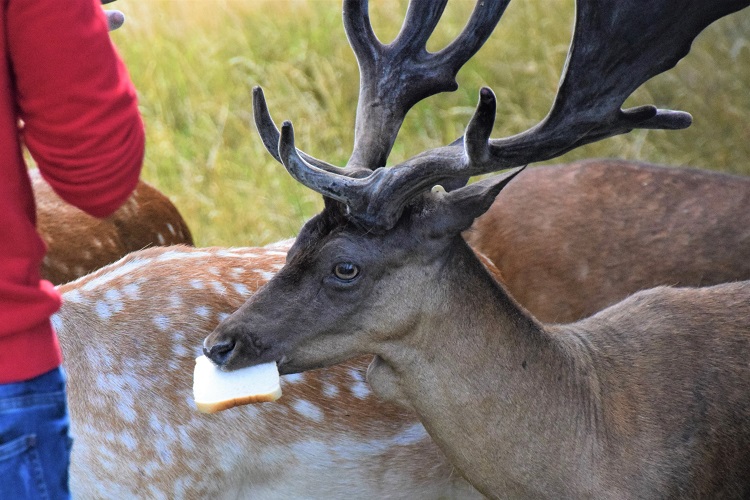 The growing trend of people feeding wild animals poses a serious risk to the well-being of humans and wildlife as new research from University College Dublin finds these feeding interactions could be driving the artificial selection of harassment behaviour in some species.

In a study based on the fallow deer population in Dublin's Phoenix Park, the largest walled park in any European capital and host to roughly 10 million visitors per year, researchers from UCD found that fawns from mothers who consistently begged for food were significantly heavier than those whose mothers rarely approached visitors.

Each of the 134 fawns measured were from the same herds, across the same grazing areas, and all came from mothers who had equal opportunity to interact with people - leaving begging behaviour as the defining difference that could be cause such disparity in birthweight.

The research, published in the Journal of Animal Ecology, associates this begging behavioural trait with those animals with bolder personality types, which according to lead author Laura Griffin could potentially cause some animals becoming more aggressive in order to obtain food. 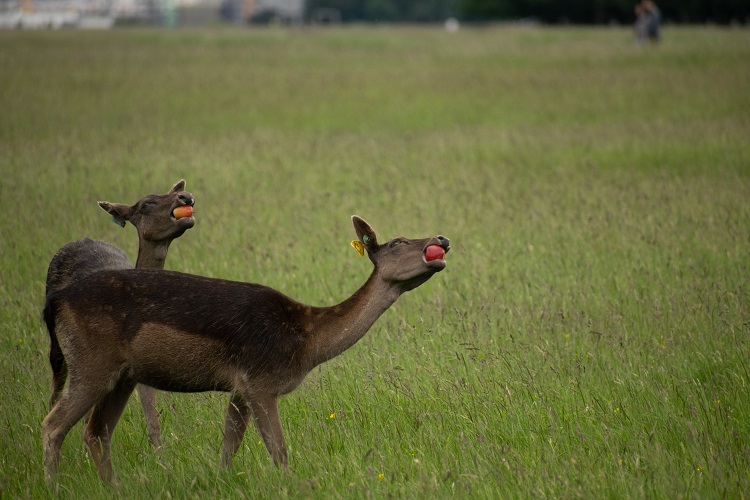 “There is a high risk of this herd becoming highly habituated over time due to the artificial selection that we have highlighted here,” said the researcher with the UCD Laboratory of Wildlife Ecology and Behaviour.

“In other words, in 10 years, if actions are not taken, you could end up with deer that consistently harass people, as the boldest individuals have been selected for, which clearly holds enormous risks for the people and animals involved.”

Adding: “It also stands to reason that if this is occurring in this population, then it is very likely also the case across other populations and species as well.”

In the study, it was found that the entire deer population in Phoenix Park fell into three categories: consistent beggars, occasional beggars, and rare beggars, with about 24% of the population consistently begging for food.

Unsurprising those deer that begged more received the largest amount of human food – including bread, crisps, carrots, apples, and biscuits, leading them to have a drastically different diet from those classed as rare and occasional beggars.

On #MorningIreland @lauraelgriffin a researcher @UCD_Wildlife says that deer who are fed by visitors to the Phoenix Park could have issues giving birth as a result. Our reporter @RayanaZapryanov was in the Phoenix Park this morning asking if people have seen others feed the deer pic.twitter.com/SekMQ2TMI4

Feeding the deer at Phoenix Park is prohibited by the Office of Public Works but the COVID-19 pandemic saw an increase in the numbers visiting the park and interacting with the deer.

The health and welfare implications for the animals are many, according to Laura, with the behaviour raising concerns over changes in animals' natural behaviours, increased stress, and impacts on their health.

The artificial feeding of rhesus monkeys in India for example has lead to behaviour not normally exhibited in the wild, such as the animals attacking each other in a rush to obtain food from humans.

The increased boldness this has fostered has also made it difficult to remove the animals from areas bustling with human activity as they refuse to leave until food is given.

In Japan, deer in the Nara Park, a popular tourist attraction in the city of Nara that is home to 1,200 free-roaming, wild deer, over 200 people were injured by the animals in 2019 leading to the authorities to issue strict safety guidelines to prevent further injuries.

Should we feed any wildlife?

New research published today from @lauraelgriffin, @Bio_Bawan et al. shows that the intentional feeding of wildlife (e.g. deer) by humans is a driver for artificial selection.

“Hand-feeding wild animals has become increasingly popular in recent times,” Laura said. “[With] people often saying it allows them to feel a connection with these animals, that they believe they’re helping them in some way, and that it makes for good content on their social media accounts. In fact, videos and pictures of people feeding wildlife quite often go viral across different social media platforms.

“Nevertheless, it is of fundamental importance that we pause to explore how these interactions are affecting the wildlife involved, especially as these interactions are typically self-motivated, and work to test methods aimed at reducing their impact through public education, which can also be applied to other sites experiencing similar interactions.”