Opinion: Micheál Martin & Free State centenary - 'Ireland was the only new state to remain democratic when the extremes of the right and left were destroying Europe' 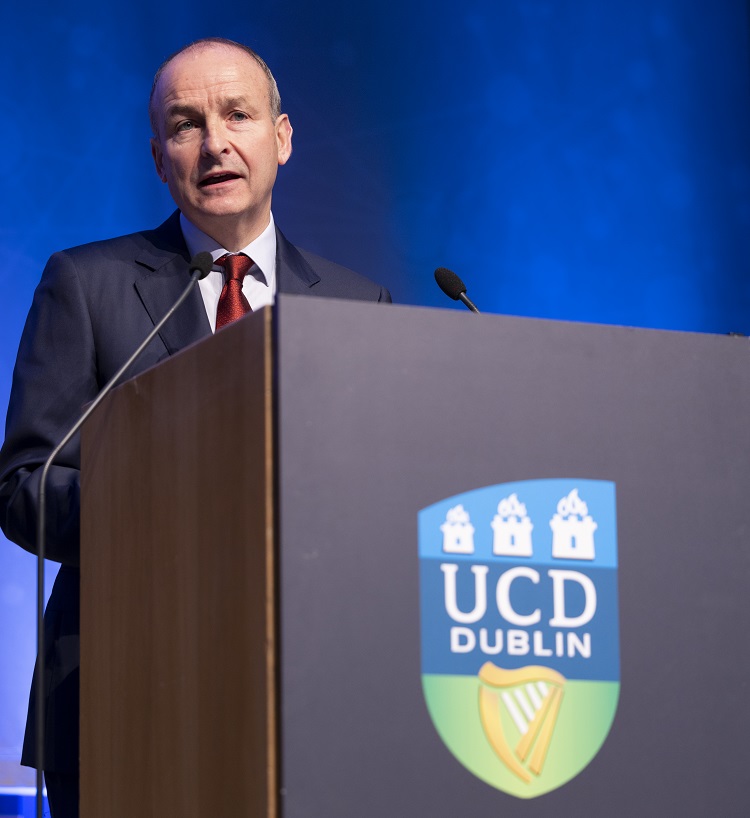 On December 6th, 1922, the first anniversary of the signing of the Treaty, the Irish Free State formally came into existence. While the Provisional Government had been in place since January, for much of the year its sovereignty had been far from complete. The remaining British forces continued to be a factor and the London government maintained an ongoing threat to intervene if its preferred policies were not followed.

Once the new constitution came into effect there was no more doubt where the power lay. The new state was fully in place.

The Constitution of the Irish Free State retained many of the basic features of the former administration. It did not try to rip up everything and start again. But it did establish clear ideals for a democratic state defined by the rule of law.

The Treaty and interference from London meant that it was not the document the drafters, or Michael Collins had first conceived – and it had key limits which were exploited in the following decade.

However, the constitution was an historic milestone for Ireland, and it marked the first time any part of these islands had a written constitution.

A mixture of old and new public servants went about the business of running the new state and ensuring that most public services continued.

Despite this, it was not a moment of great celebration or idealism. In fact, it was quite the opposite.

The decisive strategic phase of the Civil War has finished months earlier, but the conflict had become more bitter. Attacks and reprisals were continuing.

A week before the Free State came into existence the execution of Erskine Childers by the Provisional Government was widely covered internationally. He had been a huge figure in the War of Independence. A former official of the House of Commons and a successful author, he had been one of the public faces promoting the cause of Ireland in the years before.

The propaganda war which had been so successful in damaging the standing of Britain during the War of Independence had been directed with skill and determination by Childers.

What shocked people was not just the speed of his conviction and his personal connection to those who ordered the execution – but also the fact that the evidence used against him was that he possessed a small revolver. That revolver had been given to him by Michael Collins.

So as December 6th approached the mood in Dublin was tense, serving as a prelude to what was to come.

In truth, the first days of the new state were some of its darkest.

On December 7th Seán Hales TD was murdered in Dublin by members of the anti-Treaty forces – a terrible crime which few have ever tried to justify.

In reprisal, the following morning republicans Liam Mellows, Dick Barrett, Rory O’Connor and Joe McKelvey were executed in Mountjoy. They had been in custody for five months and were denied even the basic military trials which were used to justify other executions.

In these circumstances it was impossible for the new state to expect a celebration of a new constitution and the primacy of Irish law.

When you read the transcripts of Dáil Éireann during those fateful days it is clear how destructive those events were for the standing of the new state and its ability to overcome division.

One of the greatest problems when people today talk of history is that they can try to place the past within the frame of today’s values and all that we have learned.

Yet, what is genuinely remarkable is that the Dáil debates of December 1922 almost exactly anticipate the problems which would emerge. There was a clarity and foresight about what was at stake which remains striking.

Some TDs, like the Labour leader Thomas Johnson and Charles Gavan-Duffy who had signed the Treaty a year before, delivered powerful speeches about the damage which was being done to the very legitimacy of the state they had just brought into existence.

Speaking on behalf of the government, Kevin O’Higgins didn’t attempt to justify the legality of the executions and said that indemnities would be given when asked for.

Throughout the country there was a great uncertainty about what lay ahead and efforts to find common ground between former comrades were fading rapidly.

When we look back on December 1922 there is no way of avoiding these terrible events or the extent to which the new state had been weakened by other factors, especially the imposed partition of the island in 1920 in a way designed to make this division a permanent barrier to reconciliation.

However, the state did survive, and over-time developed a democratic tradition which is today one of the longest of any country in the world.

The years immediately after the First World War saw the greatest period of state formation ever recorded in Europe. From the Arctic Circle down to the Adriatic, a line of new states emerged from defeated empires.

It was a time for transforming institutions and building new traditions.

What was unique in Ireland was that we were the only new state which secured its independence from a victorious power. We were also the only one which remained democratic when the extremes of the right and left were destroying Europe – and we were the only one where the defeated side in a civil conflict later won power democratically and introduced new limits on the powers of government.

It is right that our priority must be on tackling the problems of today and the future, but we should take time to reflect on the undeniable progress which has been achieved over the past century.

Mark Henry’s book documenting the changes our country has seen over the last century shows remarkable change. We have grown from being the poorest in country in Europe, with a declining population, little access to education and no industrial base. We have dramatically changed the opportunities for our people.

We have many faults, but those who try to claim that we are some form of failed state, or that the last century was mostly a time of failure, are simply ignoring the facts to promote their own cause.

During the past decade we have been lucky to witness a new era in historical scholarship. A far more complex picture of our past has emerged from this.

It is now very clear how there is no chain of Irish history, with objectives and methods set in stone which were to be followed by every new generation. In fact, the greatest moments of our history have been defined by the near-constant evolution of these methods.

The most distinctive characteristic of our great revolutionary generation is how they believed in finding new ways forward.

There is no need to look into a crystal ball to see the direction which the men and women who fought for our independence wanted us to follow, because they set that direction themselves.

With very few exceptions, irrespective of the position they took on the Treaty, they were committed to finding a democratic way forward to secure the prosperity and unity of the Irish people.

The last great contribution which they made was to set us on course for joining what is now the European Union.

Seán Lemass, who had fought in the GPO and spent much of the civil war interned, was one of those leaders who believed that securing Ireland’s future meant securing its sovereignty within a strong European community of nations.

The great generation which secured independence also continued to seek ways forward for peace and reconciliation – opening new dialogues across the border and showing how democratic republicanism defined the Ireland they wanted to build.

When we look back at 1922 it is both remarkable how far we have come, and it is a reminder of what remains the greatest challenge of our generation – finding a way to build lasting reconciliation and unity between different communities on our island.

Each of us needs to ask ourselves how far we respect the diversity of Irishness in our own identity – how far we have gone to understand others?

Our history is not there to give us an inflexible agenda to follow, it is to give us perspective.

This article is republished from the Irish Independent based on a speech given by Taoiseach Micheál Martin at the Foundation of the Irish State Conference at University College Dublin. Read the original article.