Refugees need accessible information on their rights on arrival in Ireland, study shows

As the Irish Government continues to grapple with accommodation shortages for individuals and families fleeing conflict and persecution and protests fuelled by far-right fearmongering grab media attention, a new study into the Irish Community Sponsorship programme provides insights into the work of community groups around Ireland in welcoming and supporting refugees.

The research led by Dr Karen Smith from the UCD School of Social Policy, Social Work and Social Justice, in collaboration with Nasc, the Migrant and Refugee Rights Centre, confirms the valuable support provided by volunteers, but it also highlights the importance of ensuring that appropriate supports, safeguards and provision for monitoring are put in place.

All participants in the Equality Matters in Community Sponsorship study funded by the Irish Research Council recognised the need to ensure refugees received adequate and accessible information about their rights in Ireland, including information about how to raise complaints and report racist incidents.

Barriers to gaining employment was one of the key issues that emerged from the study findings, in particular some specific barriers faced by female Muslim refugees who wear hijab.

“Our research findings shows that there is a pressing need to challenge and change pre-conceptions about Muslim women,” says Dr Karen Smith, the author of the report. 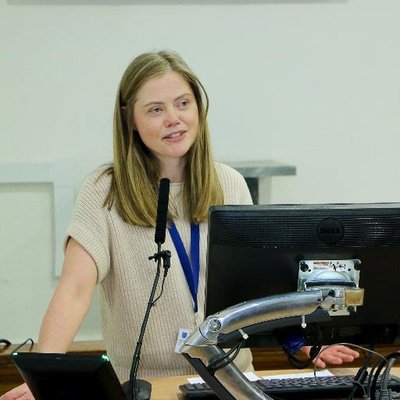 “Contrary to stereotyped assumptions about gender norms in Muslim families, female refugees who participated in our study were eager to engage in paid work but reported challenges in accessing appropriate training and employment supports,” she added.

According to Dr Smith, refugees admitted into Ireland under the programme strongly appreciate the support they receive from volunteers in Ireland. “In some cases, they regarded the volunteers as ‘family’,” she said.

“While at the same time there was recognition by study participants that the relationship between volunteers and refugees was complex and unequal - underlining the importance of ongoing support for and oversight of the work done by volunteers.”

Thousands of families across Ireland are now hosting refugees in their homes outside of the Community Sponsorship programme.

According to Nasc CEO Fiona Hurley, “This report focused on the Community Sponsorship Programme, but its findings raise important considerations particularly in respect of equality issues and unequal power dynamics beyond the programme as thousands of families across Ireland are now hosting refugees in their homes.”

In the study, resettled families spoke of the insecurity and high cost of the private rented sector in Ireland and their fears about how they would source alternative accommodation in the event of their current tenancy ending.

While these issues are not unique to people with refugee status, the report found that this group of people face some specific challenges to accessing private rented housing including discrimination on the grounds of race and/or ‘housing assistance’ status.

“For newcomers to Ireland hoping to find peace and stability after what might have been years of living in dangerous and precarious conditions, the reality of the housing crisis in Ireland has come as an unpleasant shock,” added Dr Smith.

The Community Sponsorship programme was established in Ireland in 2019. It offers a means for ordinary citizens in countries like Ireland to extend practical solidarity to families with refugee status arriving in their countries.

Under the programme, community groups come together to source rental housing and provide material and practical resettlement assistance to the refugee families for the first two years after their arrival in Ireland.

The Irish government target was to resettle 42 families in 2021 and 70 families in 2022 under the programme. These targets form part of a wider commitment to resettle 2,900 refugees between 2019 – 2023 under the Irish Refugee Protection Programme (IRPP). To date, the central focus of the IRPP has been on resettling Syrian nationals.