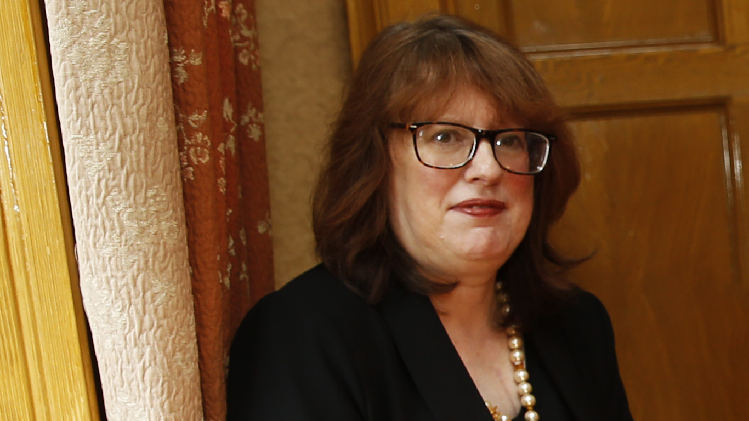 Ruth Ferguson will forever be remembered as the custodian of Newman House, Nos. 85 and 86 St Stephen’s Green where she was curator since 1995.

Originally educated by the Loreto nuns in North Great Georges St, she went to UCD to study History of Art and Archaeology. Her undergraduate studies were interspersed with working as an assistant education and press officer at the National Gallery of Ireland where she demonstrated her talent for exhibitions, events and communication.  She moved on to the Royal Hospital Kilmainham where she became head guide and liaison with production companies who used the building as a film location. As exhibitions officer for the RHK she began to select and curate exhibitions. She was appointed assistant curator for the newly established Irish Museum of Modern Art in 1991 and began to stretch her reputation across the world of art, heritage and culture.

In 1995, University College Dublin appointed her curator to the newly restored Newman House. The original home of the Catholic University, the precursor of UCD, Newman House is named in honour of St John Henry, who came to Dublin in 1852 on the invitation of Cardinal Cullen to establish a university for the emerging Catholic middle class.

Although Ruth would regale an audience with stories of Newman, the later Jesuit professors, including poet Gerard Manley Hopkins, and notorious students from James Joyce to Flann O’Brien, it was when she turned to the building itself that her encyclopaedic knowledge and immense enthusiasm poured forth.  Indeed, her Masters was in Palladio and Palladianism art and architecture.

No. 85 St Stephens Green, built in 1738, hosts the splendid late baroque stuccowork of the Lafranchini brothers. Designed by Richard Castle, the architect of Leinster House, its saloon is possibly one of the most beautiful rooms in Dublin.

No. 86, was built in 1765 for Richard Whaley, whose own reputation for anti-Catholic fervour alongside that of his disreputable son ‘Buck’ Thomas would seem incongruous to the later occupants of the house. Regardless, the house itself is a rococo marvel, with the plasterwork executed by Dubliner Robert West.  Whaley tied the two houses together and the ‘secret’ stairs from the upper hall in 85 to the Bishops’ Room in 86 is one of the treasures Ruth liked to reveal to visitors.

Through her welcome and custodianship, visitors experienced Newman House’s own embracing atmosphere, and Ruth embodied the best of all the lives that have been lived there over the centuries. What a joy it was too to discover those centuries on one of her richly rewarding house tours, the depth and breadth of her knowledge delivered with an exuberance that swept you up in shared excitement and enjoyment.

Though the preservation and promotion of Newman House as a centre of cultural and academic activity was foremost in her mind, this did not deflect Ruth from tackling the practical and daunting demands of maintaining a building of such historic importance. Nothing deterred her, whether it was clambering over the roof of No. 85 to unblock a leaking gutter or investigating rain or animal intrusions within the bowels of the building complex.

In May 2007, when the last medical and engineering students made the journey from Earlsfort Terrace to Belfield, Ruth was one of the team organising the “Farewell to the Terrace” festival marking this historic transition. After a week of reunions, talks and tours, the first garden party in the Iveagh Gardens for 5,000 graduates, debates between the students and the ‘oldies’, and a special performance of Bach’s Mass in B Minor in University Church, Ruth – with her typical elegance and style – hosted a very, very long post-event lunch for the team where we laughed til we cried.

Ruth cherished the past of Newman House but believed that it was a living building that should evolve continuously. So, when plans for the Museum of Literature Ireland (MoLI) began over a decade ago, Ruth was a vital and generous force whose ability to make things elegant with the lightest touch encouraged others to aim for excellence. Many elements of the Museum reveal her distinctive imagination at work; for example, it was she who gave the immersive ‘riverrun of language’ installation its name and creative energy.

As she noted at the time, “MoLI makes the perfect bedfellow to the historic fabric of nos. 85 and 86. The museum gives new life to the vision and tradition of Dr J H Newman, the founding rector of the Catholic University of Ireland, who wrote in The Idea of a University (1852): ‘ The central aim of a university is to give those who pass through it true enlargement of mind’. I know that MoLI will be truly mind expanding!”

In recognition of her deep knowledge of Cardinal Newman and his importance in Irish education, the Oratorian Community extended a personal invitation to Ruth and to her mother Monica, to attend the canonisation of Cardinal Newman at St Peter’s Basilica in October 2019. Much to her delight, she was seated on the dais overlooking St Peter’s Square with the other eminent dignitaries.

In her early years at Newman House, Ruth helped set up the ‘J H Newman Bequest Library’.  This scholarly collection grew into a centre for research on Newman and has now evolved into the UCD Newman Centre for the Study of Religions based in the UCD School of Philosophy.

Ruth’s infectious enthusiasm wafted across UCD and onto Belfield campus. She was a founder member of the Visual Arts Committee set up to oversee the position of art in the University and spearheaded the acquisition of the modest but inspiring collection of new works for the halls and corridors of the buildings across the campus. Later, when the emphasis shifted outdoors, she was central to the creation of the UCD Sculpture Trail – which has given particular pleasure during the past two years as people discovered the pleasure of walking outdoors.

Ruth never stopped being enthusiastic.  And when her ill health meant she could no longer tear along with her laughter pealing ahead and her auburn hair flowing behind, she was still contributing to ‘Making Belfield’, the publication marking the past fifty years of UCD on Belfield campus. And she was, as always, charming, obliging, efficient and cheerful with a great sense of humour.

Ruth loved colour, especially yellow as portrayed in Van Gogh’s sunflowers at Arles. Her front door was yellow, and the plants and flowers in her garden were yellow. It somehow reflected Ruth’s sunny disposition.

Ruth is survived by her siblings, Susan and Nick, brother-in-law Kevin, sister-in-law Ethna, nieces Sive and Genevieve, and nephew Sonny.