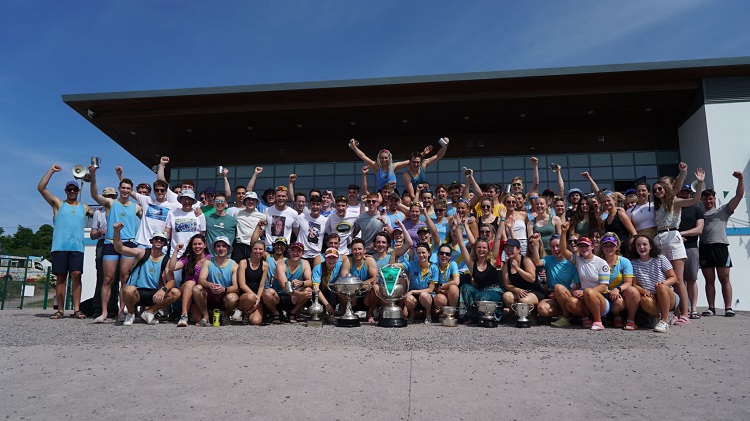 University College Dublin made history at the 2022 Irish Rowing Championships with its rowers winning all four Men's Eight adult races for the first time in the competition's 110-year history.

The historic quadruple win was made sweeter with the Men's Senior Eight claiming their third successive title at the National Rowing Centre in Farrn Woords, Cork.

Despite leading for most of the race it was only in the final stretch that the experienced UCD team were able to rebuff their Cork rivals.

The UCD Novice Eight won their contest against Trinity College Dublin to complete the historic set of wins following similarly well earned victories in the Men’s Intermediate and Club Eights.

In case you missed it! @UCDLBC and @UCDBC both enjoyed success at the @RowingIreland Irish Championships!

In total, rowers from the UCD Ladies Boat Club and the UCD Boat Club won 46 tankards and six national titles over the course of the three day event – with the Women's Intermediate Eight retaining following their 2021 win.

Some 875 crews from across the country took part in this year's Row Championships, which to many, is considered the pinnacle of the rowing season in Ireland.