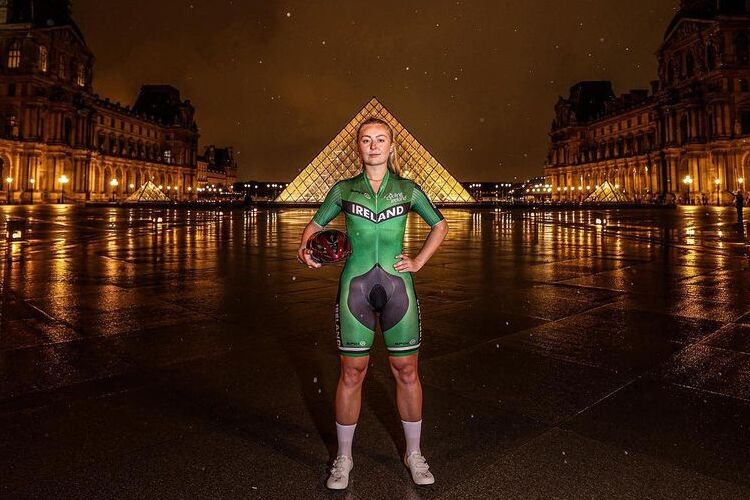 The cyclist was one of 15 athletes granted financial support by the Olympic Federation of Ireland (OFI), who has awarded $350,000 to be distributed across thirteen sports.

The Wicklow native is set to graduate from UCD this year, having studied Health and Performance Science, and was the recipient of an Ad Astra scholarship while undertaking her studies.

In 2017 she won time trial silver at the Youth Olympics, and a year later she was a European junior champion (Points) and silver medallist (pursuit). In 2019 she won three track silvers at the European Juniors before becoming Ireland’s first medallist (bronze, individual pursuit) at track’s World Junior Championships.

In 2020 she won the Irish senior road title and scratch (track) titles and, in 2021, she won European U23 silver in individual pursuit, her sixth medal at European Championships.

Having successfully transitioned from junior to senior, she climbed the podium at the senior World Cups with a bronze medal in the Omnium in St. Petersburg, as well as a gold medal in the Team Pursuit.

The OFI Paris Scholarship funding will see $250,000 shared between 12 individual Olympic hopefuls, with each receiving $15,000, while the Women’s Hockey squad was awarded a team grant of $100,000.

The funding for the grants was primarily provided through the OFI and the International Olympic Committee’s Olympic Solidarity programme.

Athletes were nominated by the national federations and are representative of a mix of Olympians targeting a second Games, and athletes targeting an Olympic debut.

“In the Tokyo cycle, twelve scholarships were awarded, and from those nine athletes qualified for the Games, with two finalists at the Tokyo Olympics. Naturally, we are aiming to build on those results,” said Gavin Noble, Team Ireland Chef de Mission for the Paris Olympic Games.

“Through the support of the International Olympic Committee Solidarity Fund, and with the additional backing of Permanent TSB, Allianz and Deloitte, we are able to fund more athletes, to a higher level than ever before, and it is very much part of our performance and commercial strategy that we continue to move in this direction.”