Opinion: Why families fight over inheritances – and how to avoid it 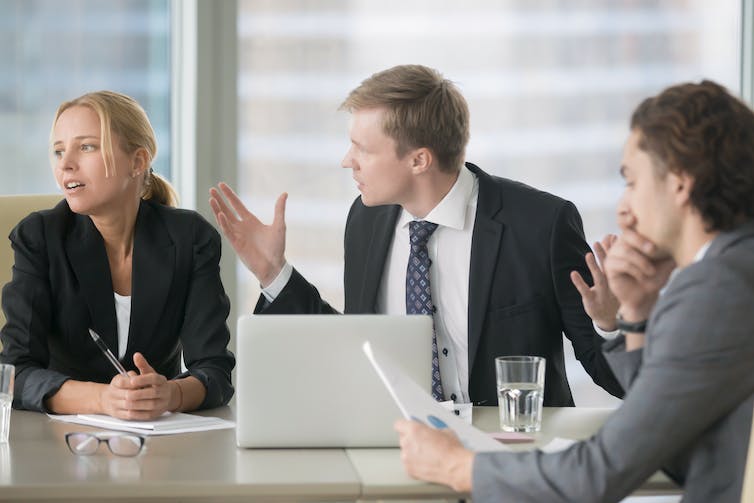 Inheritance gone wrong is a popular theme in fiction. In the recent German miniseries The Funeral, the one-sided will of the family patriarch unhinges the entire ceremony, and long-held hostilities are aired at the grave.

In our research, we tried to understand why families go to court to fight over inheritances. We found that there has been an increase in inheritance disputes reported annually since 1985. Using digital case reports databases, we selected 32 court cases which took place in England in 2014 to analyse closely, providing detailed insights into contemporary family life.

Here are four reasons why families can end up in court to contest a will – and how to avoid a court battle.

Families go to court if there is something worth fighting for. This graph shows the amounts at stake in the cases we looked at.

Smaller inheritance disputes are more likely to be settled out of court. If you have substantial assets to bequest, inheritance planning becomes extremely important.

Physical assets are extremely hard to share and distribute among family members. This makes the bequest of the family home a difficult matter, especially if one child continues to live in the family home. If the house is shared among the siblings, the child living in the family home would be asked to take out a mortgage to pay their siblings.

It is even worse, however, for physical assets relating to a working business, such as farm land. Typically, people aim to protect the family business by passing it on to one heir. Problems can arise, though, if a family member is promised the inheritance or given a “verbal indication” that they will receive it – and perhaps works in the business in expectation of it – and is then left out of the will.

A promise can be enforced in English law, though, so an heir can have a very sound legal foundation to claim these promised property rights in court. This is especially if they have acted in the past on the expectation of this promise being fulfilled, such as carrying out refurbishments or renovations.

Most of the conflicts we came across in our research took place among members of the same generation. Sibling rivalry and envy is a key reason to go to court over an estate. This graph shows the relationships between the parties in the cases we studied.

More siblings and a large extended family make it harder to find common ground about a fair share of assets.

The legacy of divorce

Conflicts between ex-partners can become battles fought in court between children and the surviving parent.

One of the cases we studied concerned a deceased mother and the tax due on her pension. She had had pension assets in her ex-husband’s business, but had transferred them before her death to ensure that they were passed on to her children, and not to her ex-husband. This is an example of how unsettled divorce conflicts can continue to haunt children even after their parents have died.

How to avoid conflict

Inheritances provide a way to maintain social status or get on the property ladder. Drawing from our court case examples, families should follow a few simple rules. Open and honest communication is essential. In many cultures it is a taboo to talk openly about death, but communicating your intentions and expectations during your lifetime will reduce stress and the possibility of unwelcome surprises for your loved ones.

Keeping your promises is key. In other words, don’t change your will at the last minute on your deathbed – this can be easily challenged in court.