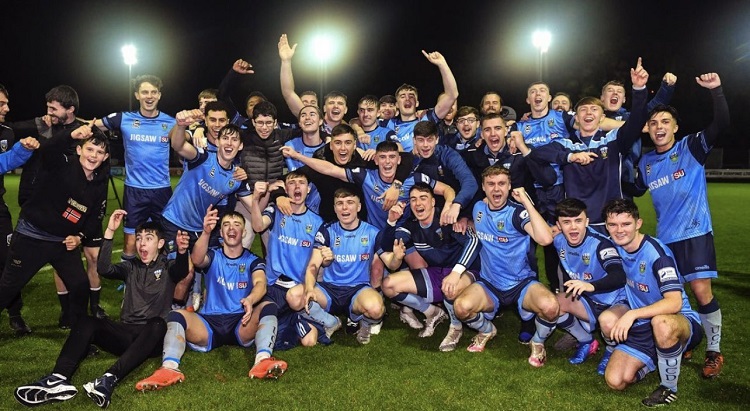 UCD AFC will play in the SSE Airtricity Premier Division again next season after they retained their top league status, a first since 2014.

In a relegation play-off against Waterford FC at Richmond Park, Inchicore, the Students prevailed 1-0 thanks to a first-half goal from Tom Lonergan.

A dramatic finish saw the Blues awarded a penalty in the 93th minute of the match but the shot failed to hit the target, sailing high into the stand.

With the win, UCD will now play consecutive seasons in the Premier League Division for the first time in eight years.

Praising his squad, UCD boss Andy Myler said the young side had done “something people around the league thought they couldn’t do.”

“I’m absolutely delighted for the players, they are buzzing and so they should be,” he told Independent.ie.

"We’re not going to win the league, but staying up is just as good for us. Being promoted last year was a fantastic achievement, but staying in the division as we have is twice as hard.”

Adding: “One of the issues we have is when we lose players, it’s very difficult to replace them due to the cycle of the academic year and how the transfer window works. We’ll go again and try to stay out of the play-off next year.”