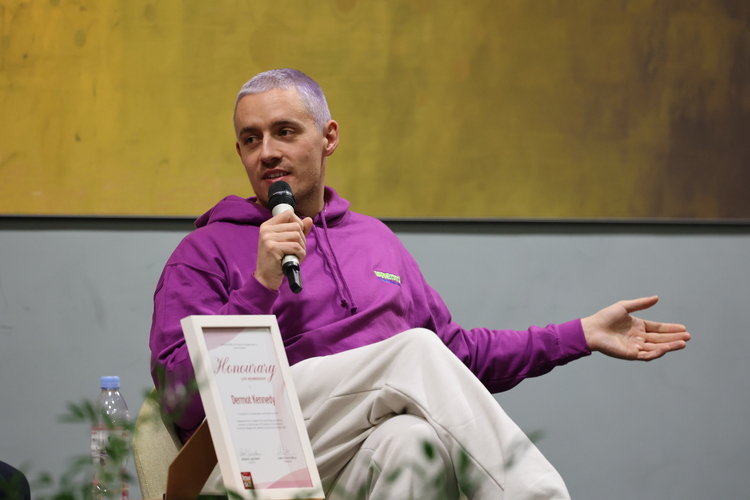 Over 700 students packed into O’Reilly Hall to see Irish artist Dermot Kennedy receive an Honorary Life Membership from the UCD Law Society for his outstanding contribution to music.

The Rathcoole native, who began his career busking at 17-years-old, is the first Irish solo act in over 20 years to debut at Number 1 in the UK.

He is set to claim his second UK Number 1 with the release of his new album ‘Sonder’ this month, and his 2019 hit ‘outnumbered’ has already been viewed over 54 million times on YouTube. 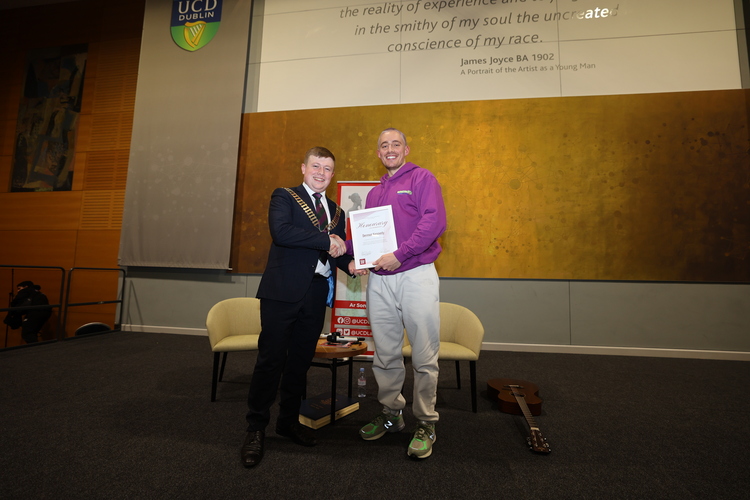 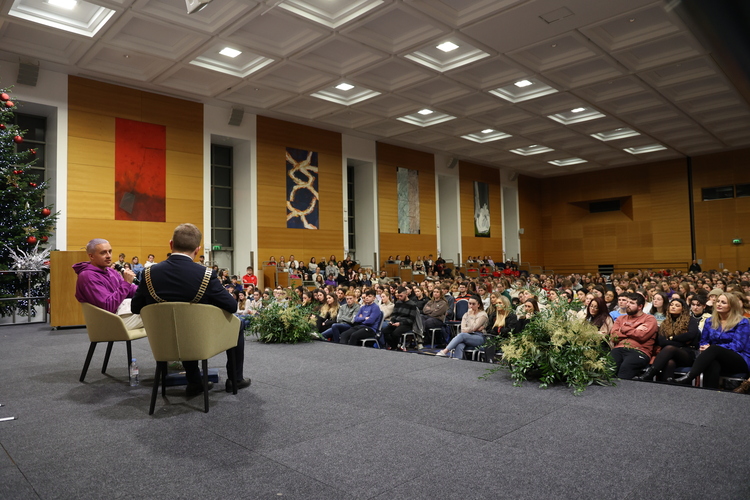 “Dermot Kennedy is the voice that kept so many of us going through lockdown during the global pandemic,” said Robert Grendon, Auditor of the UCD Law Society who presented the 30-year-old with his award.

“He is a truly gifted singer-songwriter that speaks to so many of us about our everyday struggles and life through his songs.”

That was something I will NEVER forget. My hometown and my heart once in a lifetime feeling X pic.twitter.com/qUsuMIPrjt

The UCD awardee was back to his busking roots ahead of receiving his honour at O’Reilly Hall, with impromptu performance on the balcony of Bewley’s café on Dublin's Grafton Street.

Thousands gathered in the area to hear the performance of fan favourites, which aimed to raise much-needed funds for Barretstown - a charity that provides specially designed activities for children with serious illnesses.