Opinion: Europe has never had a global voice – but that may be changing with rise of digital media 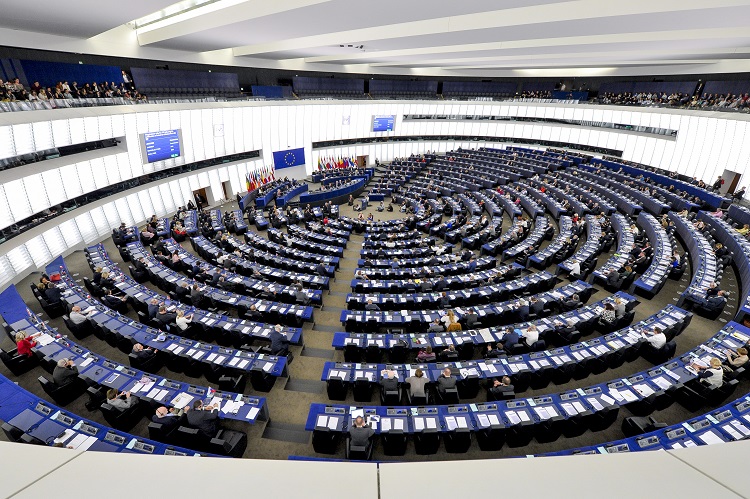 An oft-quoted question attributed (probably wrongly) to the former US secretary of state, Henry Kissinger: “Who do I call if I want to speak to Europe?”, still resonates as an indication of Europe’s lack of unity and leadership. It also signals a disconnect in transatlantic communications that is due, in part, to the lack of a pan-European media system that engages a broad continental audience.

But there are signs of change, as new technologies disrupt national and global forms of political communication and reshape news flows. With the European media landscape in some turmoil due to “the digital shift and evolving business models”, US-style models and reporting styles are shaking up the ways news is made and consumed.

There have been few successful news media efforts to address a pan-European public. Europeans show little interest in EU affairs and the news media cultures in Europe remain very much centred on the particular nation or culture they represent – privileging “legacy” or “old” media and their national language, looking at EU matters through a local lens.

Several pan-European media projects have been launched and some have been subsidised by the EU, such as Euronews and Euractiv. But these have achieved limited success in terms of audiences and influence.

Euronews, created in the wake of the 1990 Gulf War as a “European CNN” and originally owned by a consortium of state-owned European news organisations, experienced severe financial problems in recent years due to plunging advertising revenue and in 2021 was bought out by a Portuguese investment firm.

Its instability reflects widespread disruptions in the news industry, with the decline in advertising revenue pressing many to publish on digital ahead of print and replace advertising with subscriptions. As this becomes a trend, media companies are seeking global standing and new models of news production and delivery.

In this transition, there has been a flurry of shutdowns and expansions in Europe by US legacy media such as the New York Times, the Wall Street Journal and the Washington Post. There have also been efforts by US-based digital natives such as Huffington Post, Buzzfeed and Vice to find European audiences.

In 2016 the New York Times shut down a substantial part of its Paris operation for editing and pre-press print production and then opened a digital newsroom in London in 2017, creating an “express desk” to coordinate reporting of breaking news with New York. The Washington Post followed suit in 2021 by opening a new breaking news hub in London.

The primary role of these London hubs is to act as supports to US-based breaking news teams, so there is less strain on journalists and the live global coverage is fresh and fast. London is perceived as a hub within a global network (just as it is for global capital), with the related goal of gaining international subscribers.

At the same time, these moves are also producing more coordinated reporting of European affairs. The New York Times London hub has dedicated reporters covering the UK and the EU. Its nine-month investigation in 2019 into corruption in EU agricultural subsidies reported from nine countries and initiated policy debates in Brussels, and had readers asking: “Why didn’t publications in Europe do this?”

Perhaps the most startling move in the transatlantic news business has been Germany’s largest media company Axel Springer buying up US news media to become a major player in news production on both sides of the Atlantic. It purchased the Washington-based Politico in 2021, having already collaborated with Politico in 2014 to create Politico Europe. Axel also purchased the American-owned and based Business Insider in 2015.

Since its founding in Washington in 2007, Politico has been hugely influential in redefining US politics and policy coverage via snappy insider-style reporting, with a popular Playbook franchise (delivering a daily early-morning newsletter) and a high-end subscription service Politico Pro, which provides policy insights for professionals.

Politico Europe has been well funded and designed to repeat the trick in Brussels, based in a large newsroom in the city, with additional bureaux in London, Paris and Berlin. In advertising this development, they claim to “connect and empower professionals through nonpartisan journalism and actionable intelligence about European politics and policy”.

It has certainly shaken up the Brussels media and political scene (“the Brussels bubble”), and there has been some disquiet expressed about its noisy style, but it has also been markedly successful to judge both by its fast growth and widely acknowledged influence. Other media commentators may carp but also ruefully agree that Politico’s Brussels Playbook has “really become the thing that starts the daily conversation here”.

Politico Europe’s advance is unlikely to herald a pan-European turn in news production and consumption that will promote integration. However, it has significantly disrupted complacencies about the importance of European news, how it is reported, and who consumes it. It is also helping to position Axel Springer as a major player in transatlantic affairs.

Politico has an eye on a niche but lucrative market of European influencers and professionals. It promises to engage them by joining the dots of power and policy in and across many sectors. In this it recognises the global significance of the EU as a regulatory power, with EU policies having global impact in areas such as data privacy and environmental protection.

At the same time, the purchase of Politico positions Axel Springer in Washington and Brussels as the regulation of Big Tech becomes an increasingly important transatlantic issue. So, who do you call if you want to speak to Europe? Well, you might try the chief executive of Politico Europe.