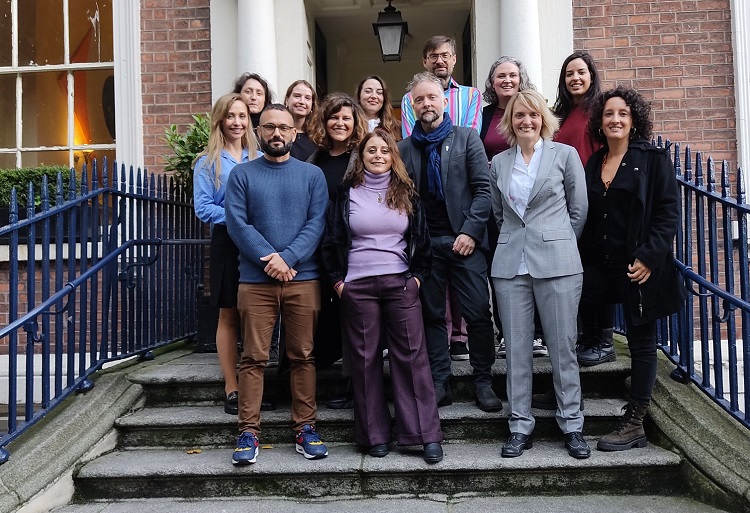 Political efforts across Europe to restrict equality, gender and sexual diversity will be quizzed as part of a major new project lead by University College Dublin and funded by the European Union, and UK and Swiss governments.

The Horizon Europe RESIST study will explore the consequences that these political developments have on people living across the continent, as well their impact on freedom of speech, academic freedom, and reproductive justice.

“This is a big moment for our consortium’s effort to contest these so-called ‘anti-gender’ politics,” said project lead Professor Kath Browne, UCD School of Geography.

“Anti-gender’ movements span the political spectrum and are apparent not only in illiberal and authoritarian regimes but also in democracies considered liberal and inclusive. It is therefore important that we understand how these manifest—and also how they are resisted.”

Professor Gavan Titley, from the Department of Media Studies in Maynooth University and the Investigator leading on political and media analysis added: ”The RESIST project will map how ‘anti-gender’ politics are expressed, listen to those affected by it, collaborate with organisations countering ‘anti-gender’ politics, generate key understandings and tools, and share these with diverse stakeholders and social groups.”

The RESIST study will run over the next four years, backed by over €4 million in funding, and will work with grass roots collectives and organisations in eight countries: Ireland, Spain, Belarus, France, Switzerland, Poland, Germany and Greece, and will also involve people living in exile across Europe due to ‘anti-gender’ politics.