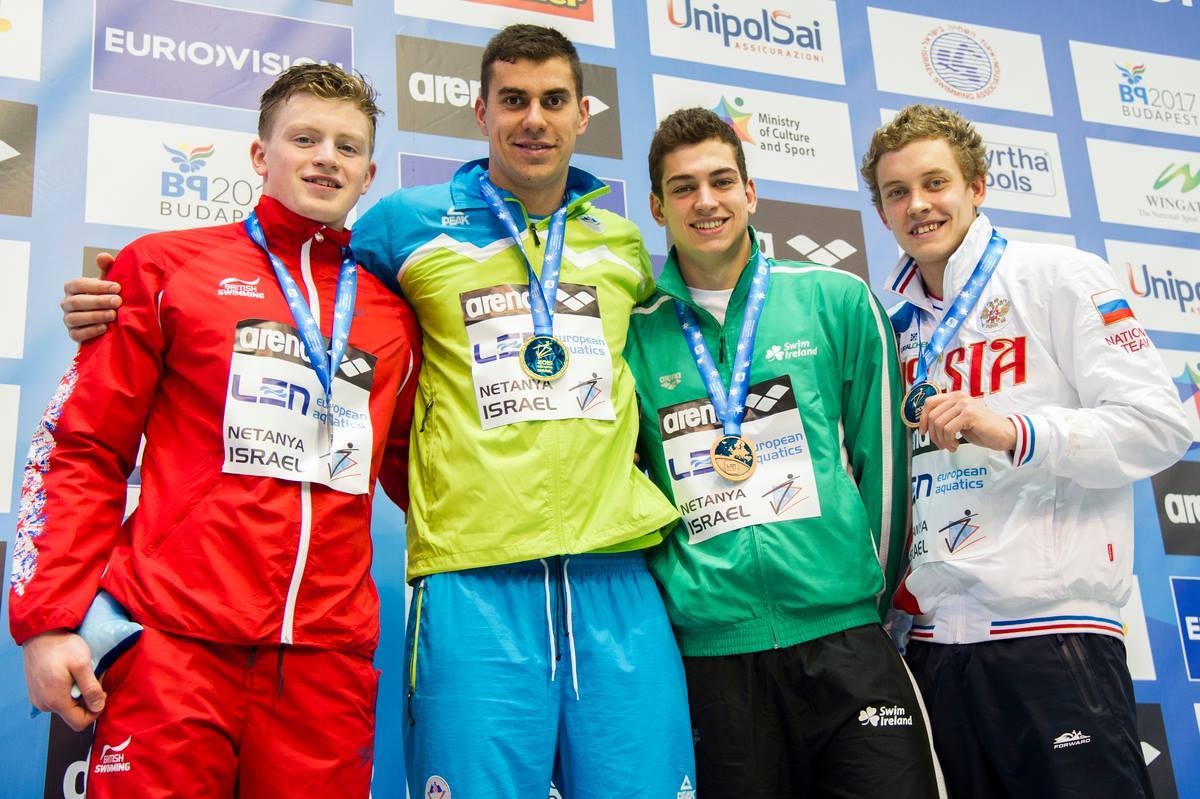 20-year-old Murphy, who is an Ad Astra Elite Athlete at UCD, came third in the 50m Breaststroke, clocking 26.35 in the final.

In winning the bronze medal, he also broke the Irish national record of 26.38, previously clocked by Irish Olympian swimmer Barry Murphy in the same event in 2013.

Pictured top: Alex Murphy, third from left, who won the bronze medal at the LEN European Short Course Swimming Championships in Netanya, Israel, on the championship podium along with (from left to right) Adam Peaty, Damir Dugonjic and Oleg Costin (far right), who also picked up medals at the championships; and above footage of Murphy in action in the 50m Breaststroke final

Meanwhile, at the Irish Short Course Swimming Championships in Lisburn, Co Antrim, UCD Swimming had a prolific tournament in the medal stakes.

The UCD relay team of David Prendergast, Darragh Greene, Jack Keogh and Alex Melennec combined in the 400m Medley Relay to break a 13-year-old record held by Trojan Swimming Club since 2002. They set a new Irish club senior record of 3:46.12 breaking the old record of 3:48.10.

Alex, Jack and David were also part of the four-man relay team along with Dean Power who won the 400m free relay to claim a second Irish club relay record of the weekend.