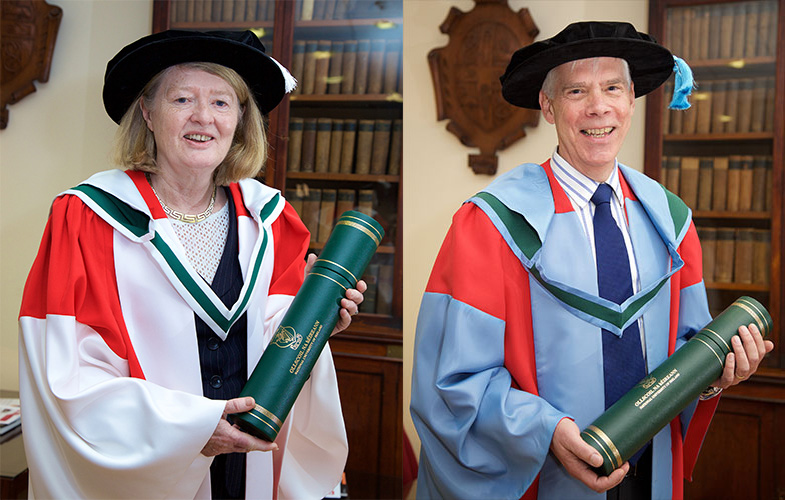 The National University of Ireland (NUI) has awarded UCD Emeritus Professor of History, Mary Daly an honorary Degree of Doctor of Literature.

The award recognises Professor Daly’s “distinction as a leading Irish historian and her contribution to Irish public life.” In 2014, Professor Daly became the first female president of the Royal Irish Academy in its 229-year history. She is also a member of the government’s Expert Advisory Group on Commemorations.

Professor Margaret MacCurtain, who delivered the citation at the award ceremony, praised Professor Daly for her dedication to public service, noting that the energetic and innovative strategies she has pursued have brought the work of the Academy to a wider audience.

Professor Daly is the author of ten books including “Dublin, the Deposed Capital: A Social and Economic History, 1860 – 1914.” She received a bachelor of arts in history and economics from University College Dublin in 1969 and began as a lecturer at the same university in 1970.

At the same NUI ceremony, UCD graduate and science editor of The Irish Times, Richard (Dick) Ahlstrom was awarded an honorary Degree of Doctor of Science.

Dick joined The Irish Times in 1986 and was appointed its science editor in 1997. The award acknowledges his “personal distinction in science journalism and contribution to the public understanding of science in Ireland.”

He is a Fellow of the British Association for the Advancement of Science and Life Member of the Royal Dublin Society. The Association of British Science Writers honoured him with their Lifetime Achievement Award in 2013.

The National University of Ireland (NUI) is a federal university comprising the largest element of the Irish university system. Its mission is to provide a supporting framework for its confederate institution, to promote the objects of the University, and to contribute to educational, cultural, social and economic advancement.