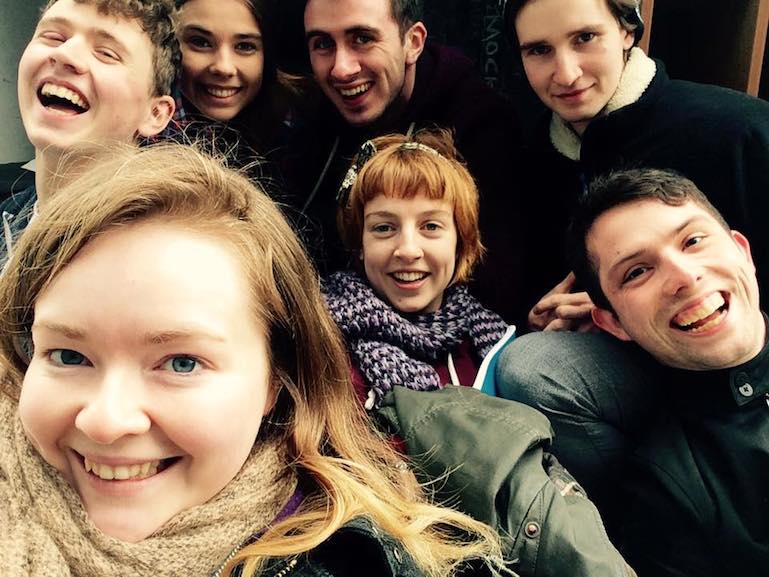 Pictured top: UCD Dramsoc on their way to the ISDA festival in Galway

This is the second year in a row Dramsoc auditor Rosa Bowden has won the Best Director award. She also achieved success with My Mother Said I Never Should in 2015.

The ISDA awards follow a week-long festival that brings together the drama societies of universities across Ireland.

UCD Dramsoc was founded in 1927 and has been the starting point for some of Ireland’s best creative artists including Oscar-winning director Neil Jordan, Oscar-nominated author Emma Donoghue and Bridesmaids actor Chris O’Dowd.

Congrats as always to @dramsoc for another great year at @ISDA_2016 ! #gisdaisda

I'M SO EXCITED BY UCD WINNING ALL THESE ISDAS AAAAAH #ISDA2016

Congratulations to @dramsoc for their rake of noms and awards! You're all ledgebags and have done yourselves proud!

@dramsoc congrats to you all. Have the most wonderful night, from an ex auditor and a forever grateful dramsocer!!! ?????? X