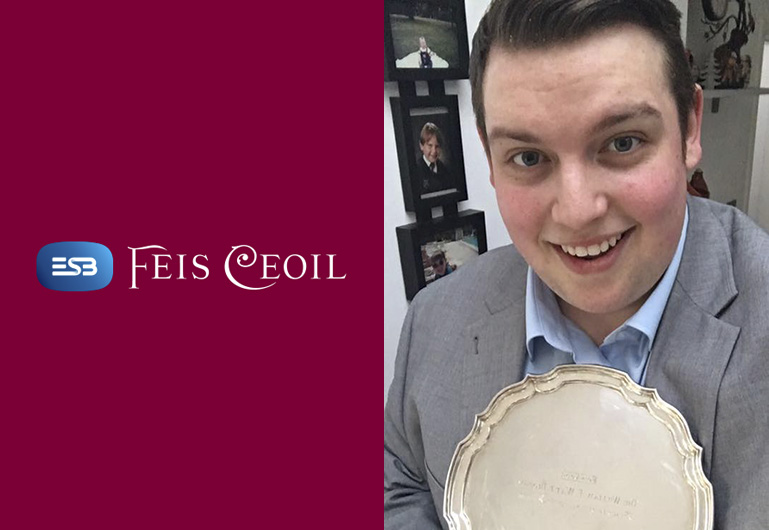 Final year English and Drama student Seán Hanratty has won the Tenor Solo competition at the 120th edition of the Feis Ceoil in the Royal Dublin Society.

He sang two pieces, My Lovely Celia by George Munro and The Spanish Lady.

Hanratty is a member of the UCD Musical Society. He has completed a number of performances with the society, including as Max Bialystock in The Producers.

In 2014, he was a lead character in the Belfast School of Performing Arts’ production of Miss Saigon at the Metropolitan Arts Centre.

Today was a great day #feisceoil

The Feis Ceoil Association was founded in 1896 to promote excellence in the learning and performance of music.

James Joyce won a bronze medal in the Tenor Solo category on May 16th, 1904. He was persuaded to enter the competition by celebrated Irish tenor John McCormack, who had won the previous year.

His entrance into the competition came two years after his graduation from University College Dublin in 1902. Joyce completed his BA in English, French and Italian.

This year's Feis Ceoil took place from March 5th - 18th at the Royal Dublin Society. Over 5,000 participants competed in more than 180 competitions.