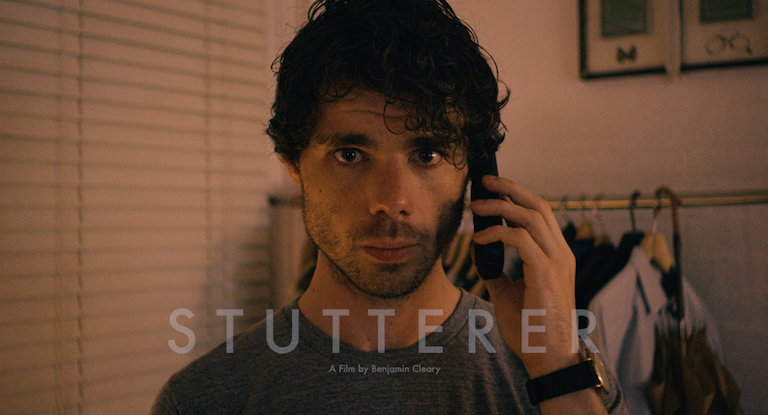 The movie tells the story of a man with a speech impediment who must face his worst fear when an online relationship takes a step forward.

Cleary completed a master's in screenwriting at London Film School in 2011 and worked in a restaurant in the city before and during filming to raise the £5,000 needed to make the short film.

Where do #Oscars winners keep their awards?

"Up in the aul' pairs gaff", according to Stutterer's Benjamin Clearyhttps://t.co/BwWggLsJSM

Donoghue wrote the screenplay for Room and was nominated in the Best Adapted Screenplay category. The film received four nominations.

Donoghue was joined by Colm Tóibín, adjunct professor in the UCD School of English, Drama and Film in achieving Oscar nods. Tóibín is the author of Brooklyn, a book adapted into a feature film of the same name. Brooklyn received three nominations.

Both Donoghue and Tóibín have recently been awarded honorary degrees of Doctor of Literature by University College Dublin.

"I send my warmest congratulations to Ben Cleary and the team behind 'Stutterer' and to all the Irish nominees and those who are travelling with them."

The Academy Awards, also knows as the Oscars, is an annual awards ceremony hosted by the Academy of Motion Picture Arts and Sciences in the United States.

You can watch Stutterer on the RTÉ Player here.