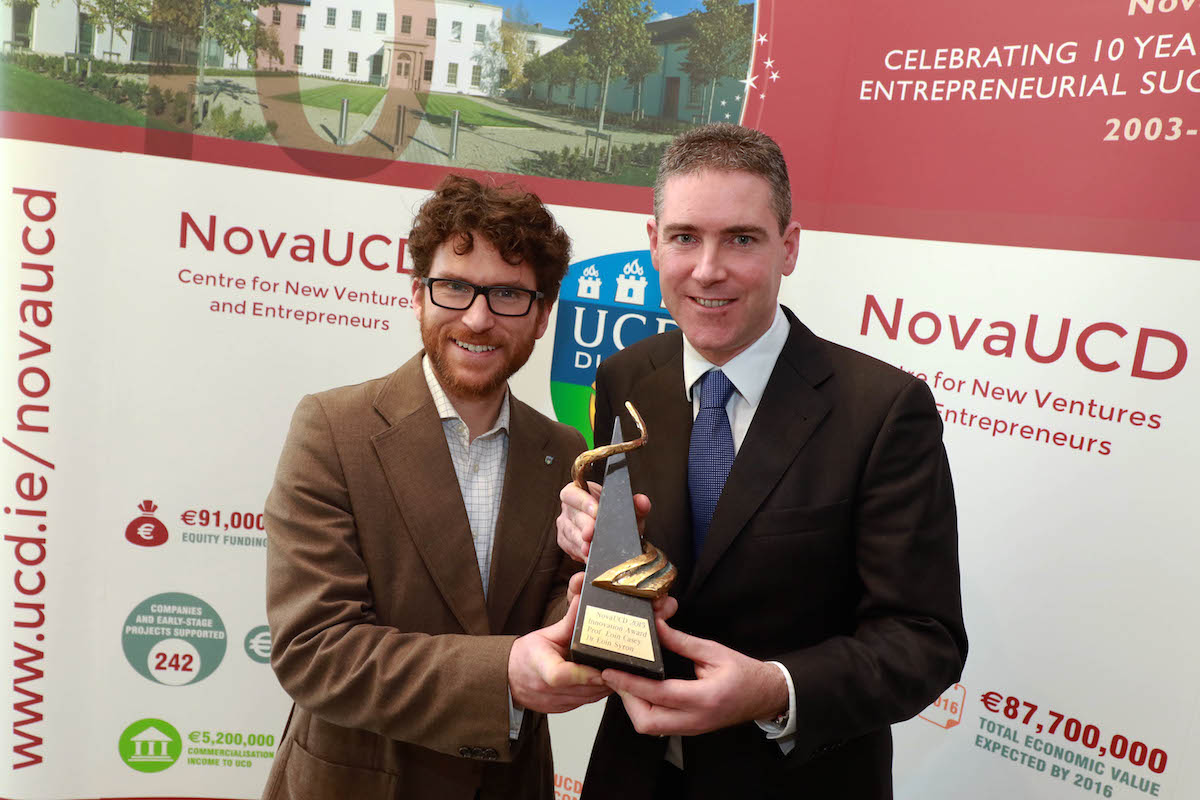 The NovaUCD Innovation Award was established in 2004 to highlight UCD’s commitment to innovation. The award is presented annually to an individual, company, organisation or group, in recognition of excellence in innovation, or of success achieved in the commercialisation of UCD research or other intellectual activity.

Former recipients include Dr Viliam Holub and Dr Trevor Parsons, the co-founders of Logentries, who received the NovaUCD 2013 Innovation Award. Last October, Logentries, a UCD spin-out company that specialises in data analytics, was acquired by Rapid7 for $68 million.

The co-founders of the company were presented with the award in recognition of the success and impact that the UCD spin-out firm has achieved to date in the international, multi-billion euro wastewater treatment industry.

Wastewater aeration is the process of adding air into wastewater to allow aerobic bio-degradation – the breakdown of organic contaminants by microorganisms when oxygen is present – of the pollutant components.

The company’s technology does not rely on the traditional method of wastewater aeration of using bubbles to transfer oxygen to the bacteria in wastewater.

Instead, it uses gas permeable membranes, which allows oxygen to be transferred directly to the bacteria treating the wastewater, resulting in up to 99% transfer efficiency, as no oxygen is lost in the atmosphere.

“The award not only recognises the success of OxyMem over the last few years but also recognises the ten years of research and development activities at UCD on which OxyMem is built,” said Professor Casey, who is the Chairman of OxyMem.

The firm employs over 40 people and has already raised €2.5 million from investors and Enterprise Ireland and secured clients in Ireland, the UK, Spain, Sweden and in North America, the Middle East and the Far East.

Wayne Byrne, Managing Director, OxyMem, said the company is planning to increase manufacturing "three-fold" and to create at least 15 new jobs during 2016.

OxyMem’s Membrane Aerated Biofilm Reactor (MABR) technology, which was made in UCD by Professor Casey and Dr Syron, was also developed and refined with funding provided by Enterprise Ireland and Science Foundation Ireland.