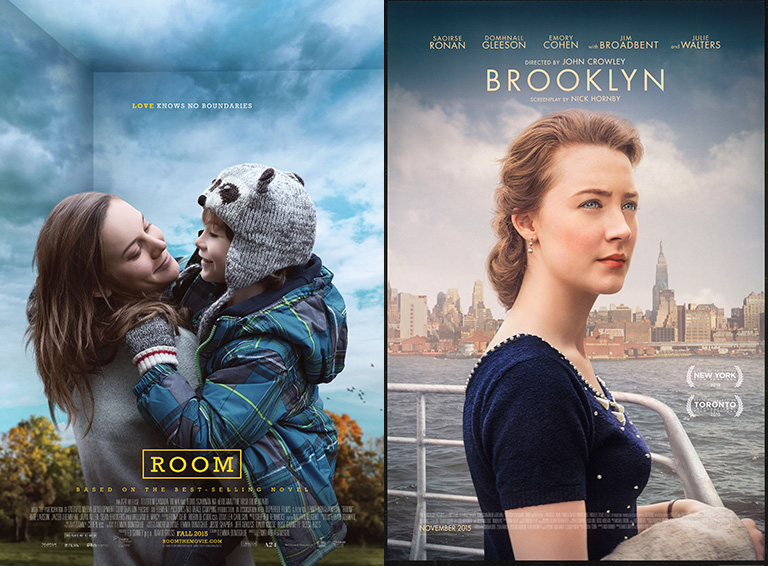 While Brooklyn, the movie based on UCD graduate Colm Tóibín's (2009) novel of the same name has achieved three Oscar nominations for best picture, best adapted screenplay and best actress in a leading role.

Emma adapted her novel Room for the big screen, so she is competing in the best adapted screenplay category against English novelist Nick Hornby, who adapted Brooklyn for the screen.

Colm Tóibín is an adjunct professor in the UCD School of English, Drama and Film.

University College Dublin is very proud of our distinguished graduates, Emma and Colm.

In recognition of their outstanding contributions to literature, they have both recently been awarded honorary degrees of Doctor of Literature by their alma mater.

Another UCD graduate, Benjamin Cleary has also been nominated for an Oscar in the category of best live action short film. His debut short film, Stutterer is the story of a man with a severe speech impediment who must face his worst fear. Cleary completed his BA in Business and Legal Studies at UCD and MA in Screenwriting at the London Film School.