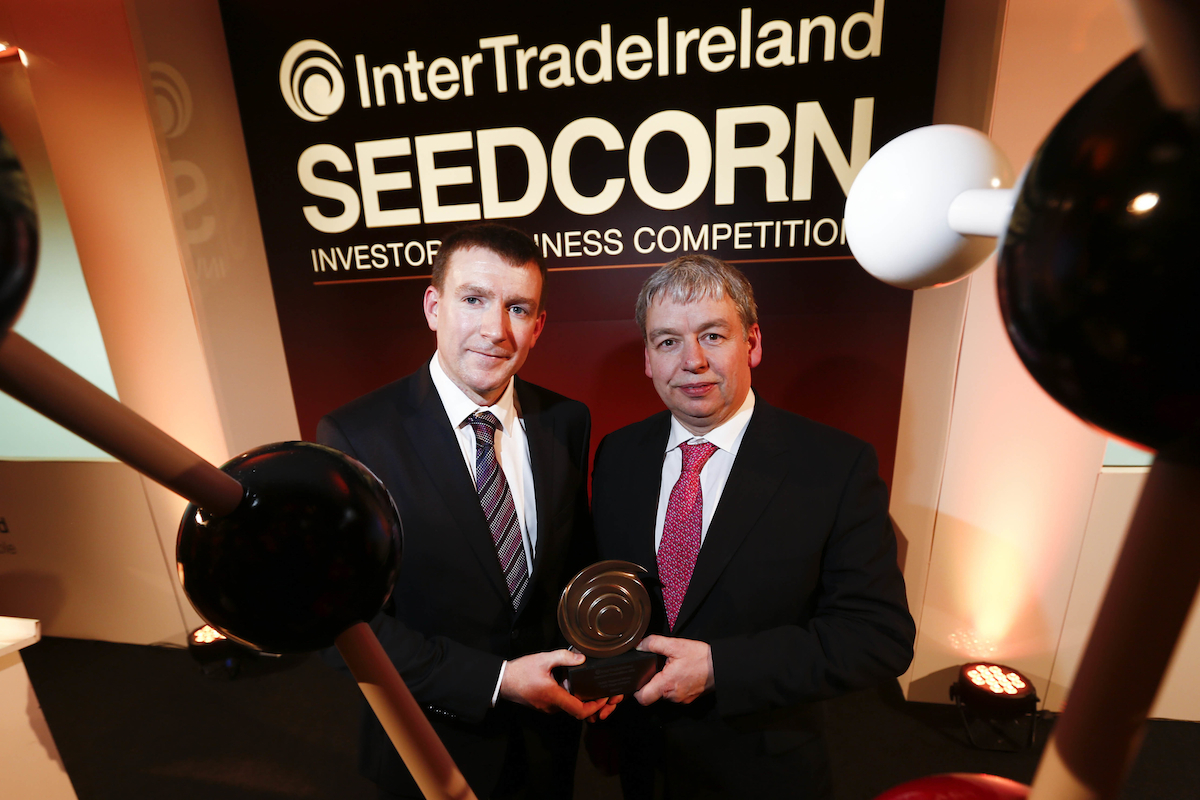 In addition to the Best Early Stage Company Award, SiriusXT won a cash prize of €50,000.

SiriusXT, co-founded by Dr Ken Fahy, Dr Fergal O’Reilly and Dr Paul Sheridan, as a spin-out from the UCD School of Physics, has spent eight years developing the technology for its soft X-ray microscope called SXT.

SXT is the first soft X-ray microscope of its kind in the world – it is a benchtop system that allows researchers to produce images in their own labs. The product takes a powerful laser to make a small fireball – as hot as the centre of the sun and about a tenth of the width of a human hair in diameter.

The light produced by the fireball allows scientists to illuminate single cells or tissue samples and produce 3D images of cells that cannot be produced any other way. The images reveal in unprecedented detail the inner workings of life, drugs and disease on a cellular scale.

“Getting such exposure at this early stage of our development through the Seedcorn competition is going to greatly benefit the company," said Dr Ken Fahy, co-founder of SiriusXT. "The prize money will also help us reach critical milestones over the coming weeks until we close the investment round.

“The Seedcorn process has been really useful and beneficial in helping us to refine our business plan and to present it in such a way that investors can appreciate the benefits of the technology.”

“By winning this award SiriusXT…is demonstrating the quality of the companies which are emerging from the university,” said Professor Orla Feely, UCD Vice-President for Research, Innovation and Impact.

At the event start-up firm Ocean Survivor was crowned overall winner of this year’s competition and won a cash prize of €100,000. The firm, which makes safety equipment primarily for the oil industry, was founded by Kieran Normoyle and is based at the University of Limerick.

Now in its 13th year, the Seedcorn competition is aimed at companies that have a new equity-funding requirement.

The competition offers budding entrepreneurs the opportunity to develop their business ideas, ensures exposure to venture capitalists and other equity providers and increases the profile of the businesses.