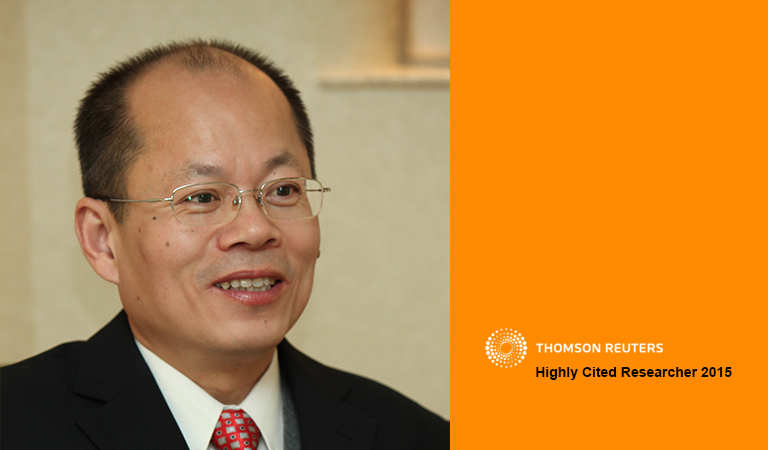 Professor Da-Wen Sun, UCD School of Biosystems and Food Engineering, has been included in the 2015 Highly Cited Researchers list by Thomson Reuters.

Only those in the top 1 percent of citations by other researchers in science and social science made the list.

Prof Sun’s work is standard reference material for researchers in the areas of computer vision, computational fluid dynamics modelling and vacuum cooling. He has been cited in over 400 peer-reviewed journal papers. 31 of these were highly cited, according to Essential Science Indicators (ESI).

Recent work by Prof Sun has used non-destructive and non-invasive hyperspectral imaging to determine quality and safety in foods. This allows greater certainty over standards in the food production process compared to visual inspection practices that are still common.

Hyperspectral imaging takes images of food specimens at different wavelength bands at a scale of around ten nanometres (1 nm = one billionth of a metre). Applied to food, dozens or hundreds of images are taken and reviewed for spoilage or contamination signs based on imaging models.

Prof Sun is a global authority in food engineering research and education. He was elected to the Royal Irish Academy in 2010, selected as a member of Academia Europaea (Academy of Europe) in 2011, and inducted as a fellow of the International Academy of Food Science and Technology in 2012.

In 2015, some 3,000 researchers were named “highly cited researchers” by Thomson Reuters.

The 2015 Highly Cited Papers list focuses on contemporary research achievement. Only papers in science and social sciences journals indexed in the Web of Science Core Collection during 2003 – 2013 were surveyed.