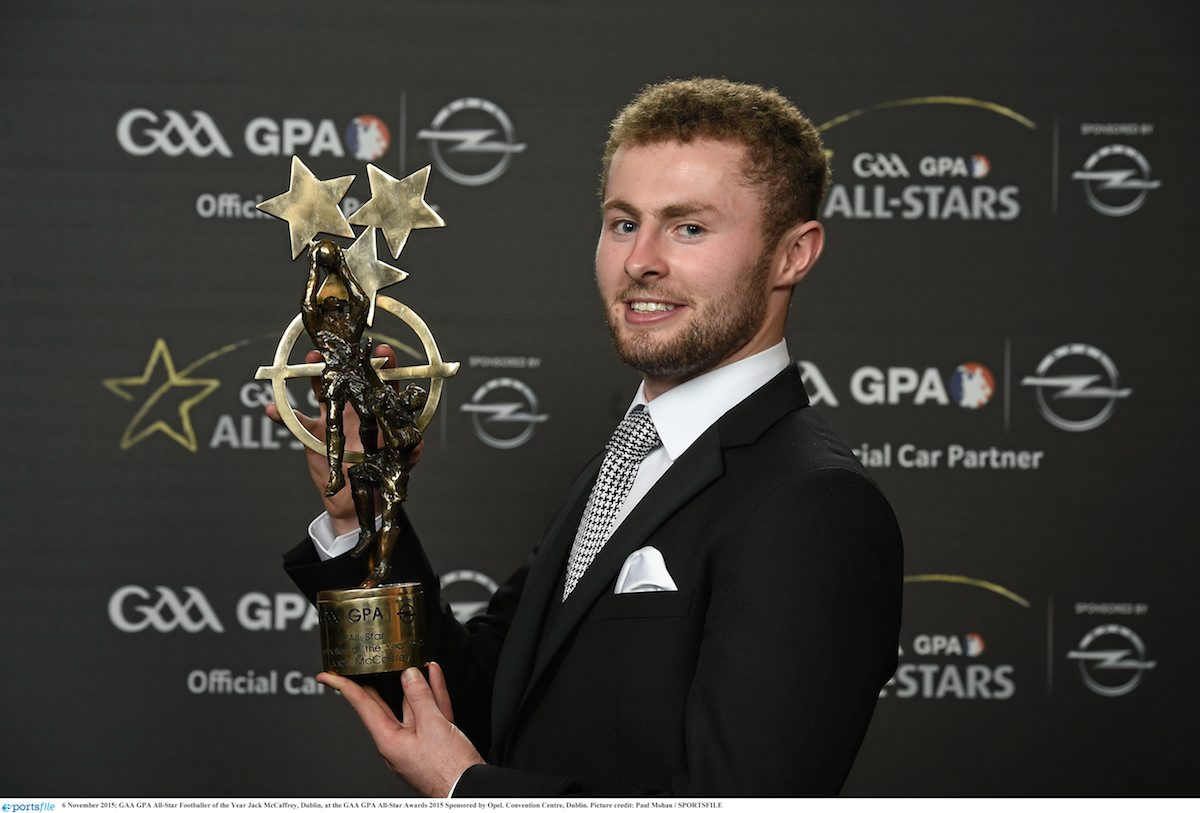 The 22-year-old was rewarded for his consistently outstanding displays at half-back with the Dublin Senior Gaelic Football team during their Leinster Championship and All-Ireland Championship-winning campaigns this year.

In addition, McCaffrey, who is also an Ad Astra Elite Athlete at University College Dublin, received his first All-Star award this year and was named in the left half-back position.

Pictured above: Fourth-year UCD Medicine student Jack McCaffrey with his GAA/GPA Opel Gaelic football Player of the Year award at the Convention Centre in Dublin

Cillian Buckley of the Kilkenny Senior Hurling team was also named at the left half-back position on the All-Star hurling panel.

O’Carroll, a former Ad Astra Elite Athlete, and O’Sullivan received their second All-Star awards this year, while Fenton, who received RTÉ’s Man of the Match award in the 2015 final, received his first.

Buckley is also a former Ad Astra Elite Athlete. This is his second All-Star in a row following his inclusion in 2014. He has won three All-Ireland finals with Kilkenny.

The awards took place at the Convention Centre in Dublin and honour the best players of the 2015 All-Ireland campaign.

Football and hurling All-Stars are chosen from a 45-player shortlist drawn up by a national selection committee. Members of the Gaelic Players Association choose the final panel of 15 in each discipline.