Type 2 diabetes is a disease with significant impacts on health, wellbeing and longevity. Researchers at the UCD Diabetes Complications Research Centre have been at the forefront of generating high-quality basic and clinical scientific findings about the disease and how it can be managed.

Thanks to their research, the concept that double-digit intentional weight loss can be used to disrupt type 2 diabetes is now becoming mainstream. This information has been communicated to medical practitioners, government, patients and the wider public, nationally and internationally. Most significantly, this research has led to changes in national and international guidelines used to treat people living with type 2 diabetes, improving their lives. Together, the patients affected by these guidelines amount to roughly 5% of the world's population.

The UCD Diabetes Complications Research Centre (DCRC) is a multidisciplinary research group with expertise in molecular cell biology, genetics, bioinformatics, pharmacology, systems biology, chemical pathology and clinical medicine. Together, they aim to advance our knowledge of diabetes and obesity, and how they can be effectively treated. One major focus area is how weight loss can be used to tackle type 2 diabetes and its complications, like chronic kidney disease. 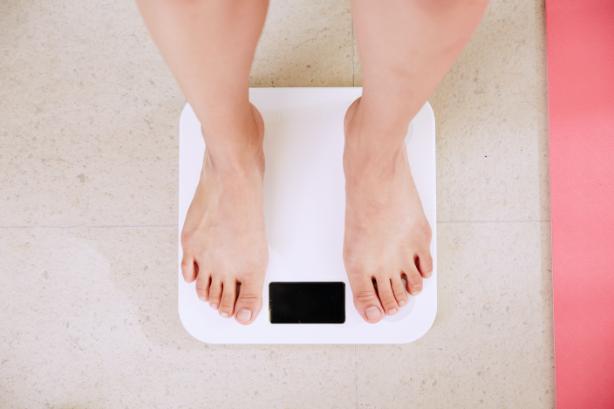 Building on extensive research into the diseases of obesity and diabetes, which is discussed in another Impact Case Study, the DCRC have now found that double-digit intentional weight loss (i.e. of more than 10%) can disrupt type 2 diabetes and even place it in remission. The previous standard of care was to aim for 5% weight loss, but because of research by the DCRC this has now been superseded.

Their work has highlighted how this substantial and intentional weight loss can now readily be achieved without asking patients to undergo major lifestyle changes, but rather by focusing on obesity as a biological disease that can be addressed by modern pharmaceutical and surgical therapies. This laid the foundation for more effective treatments, such as semaglutide and tirzepatide, to be developed and tested.

Not only has this research highlighted how effective double-digit weight loss can be, but also how this can be achieved without effort when the disease of obesity in patients living with diabetes is effectively treated. When the COVID-19 epidemic started, and obesity treatments were deprioritised, the DCRC joined forces with international colleagues to help create awareness, enabling obesity treatment programs to be restarted. The research outputs of the combined efforts included high-impact scientific publications, publications in the mainstream media, and a high volume of social media activity.

As international opinion leaders, members of the DCRC were approached to help draft new guidelines which outline the criteria that clinicians across the world can use to ascertain whether a patient with type 2 diabetes has entered remission after substantial weight loss.

Building on the guidelines, a subsequent review article, which articulated why tackling obesity should be the primary goal during the treatment of type 2 diabetes, and why now is the time to reframe the conversation, had an immediate impact. It was used by the Australian Diabetes Association to update their own guidelines within weeks, while the American Diabetes Association and the European Association for Study of Diabetes updated their consensus guidelines 6 months later. Together, the patients affected by these guidelines amount to roughly 5% of the world's population.

Principal investigators of the DCRC also served as clinical experts on the recent National Institute of Clinical Excellence (NICE) appraisal of an antidiabetic medication known as “semaglutide”. The NICE approval of semaglutide paves the way for the equivalent committee in the HSE to use the same data to conduct its own appraisal. This is likely to result in a similar outcome, meaning that patients in Ireland will also benefit from substantial weight loss to improve their health.

The DCRC served on an advisory committee for the Health Information and Quality Authority (HIQA) when they assessed metabolic surgery to treat type 2 diabetes as part of a “health technology assessment”. The HIQA report found that type 2 diabetes, obesity and chronic kidney disease can be placed into remission by effective treatment, such as metabolic surgery. The assessment showed that these treatments are highly economically efficient: such surgery is one of the very few healthcare interventions that can pay for itself within 2-5 years.

This work is expected to address the fact that Ireland has the lowest rates of obesity treatment in patients with type 2 diabetes in the EU. The DCRC was instrumental in convincing HIQA to undertake this formal health technology assessment, and the team is now working to extend the impact to convince the Health Service Executive to put these centres in place. 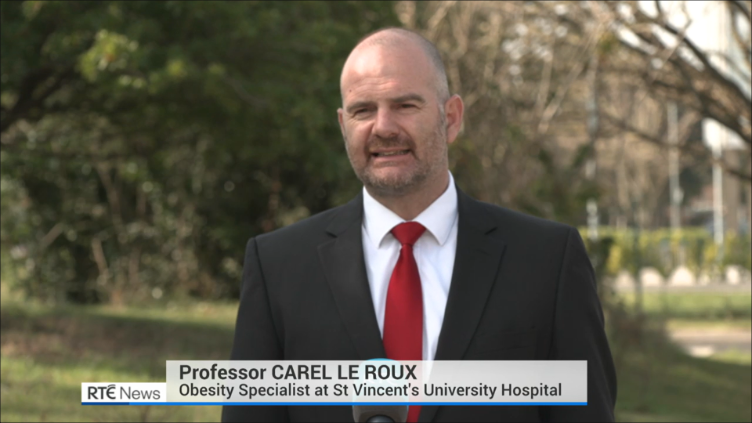 In 2022, work from the DCRC was highlighted on the RTÉ website and in major newspapers, reaching thousands of people across the country and resulting in national discussion around substantial weight loss which can be achieved with minimal effort in people living with type 2 diabetes. Combined with concerted outreach through social media, this is helping reframe our understanding of the disease of obesity and its links with type 2 diabetes.

Members of the DCRC participated in education efforts to highlight their findings to patients and healthcare professionals, including supporting the website It’s Not Your Fault.

DCRC members are recognised as leading experts in the field, as can been seen in their participation in the American Diabetes Association consensus statement on the definition of remission of diabetes, published in 2021. The most impactful paper in terms of citations, but also setting the wheel of change in motion, is the review which served as a call to arms to elevate the importance of substantial weight loss to disrupt type 2 diabetes, which was published in the Lancet in 2021.

The DCRC’s efforts have contributed to raising the group’s profile and has cemented UCD’s role as coordinator of the Innovative Medicine Initiative project SOPHIA, a €16 million EU funded project which aims to improve obesity treatment and change the narrative around the disease.

Treatment guidelines informed by the research