The growing research impact of APEP; a global leader in UCD

The School of Architecture, Planning and Environmental Policy is now placed 2nd of UCD’s 36 Schools in terms of Citation Impact. With APEP gaining a Field-Weighted Citation Impact Score of 2.69, based on 5-year average; this means the School’s research has been cited 169% more than world average of 1.00 in its field for similar publications. Dublin has its first ‘bike library’ as part of a new UCD-led project aimed at encouraging people to leave their cars at home.
Under the programme, families have the opportunity to loan a regular or cargo bike for the duration of the school year at no charge.
The bikes can be used to bring children to school, as well as commute to work. The Royal Institute of British Architects (RIBA) has named The New Library, Magdalene College in Cambridge by Níall McLaughlin Architects, as the winner of the 26th RIBA Stirling Prize. Niall MacLauglin, an alumnus of the College of Engineering & Architecture (and recipient of an honorary doctorate from UCD), has won the Stirling Prize having been shortlisted on three previous occasions. 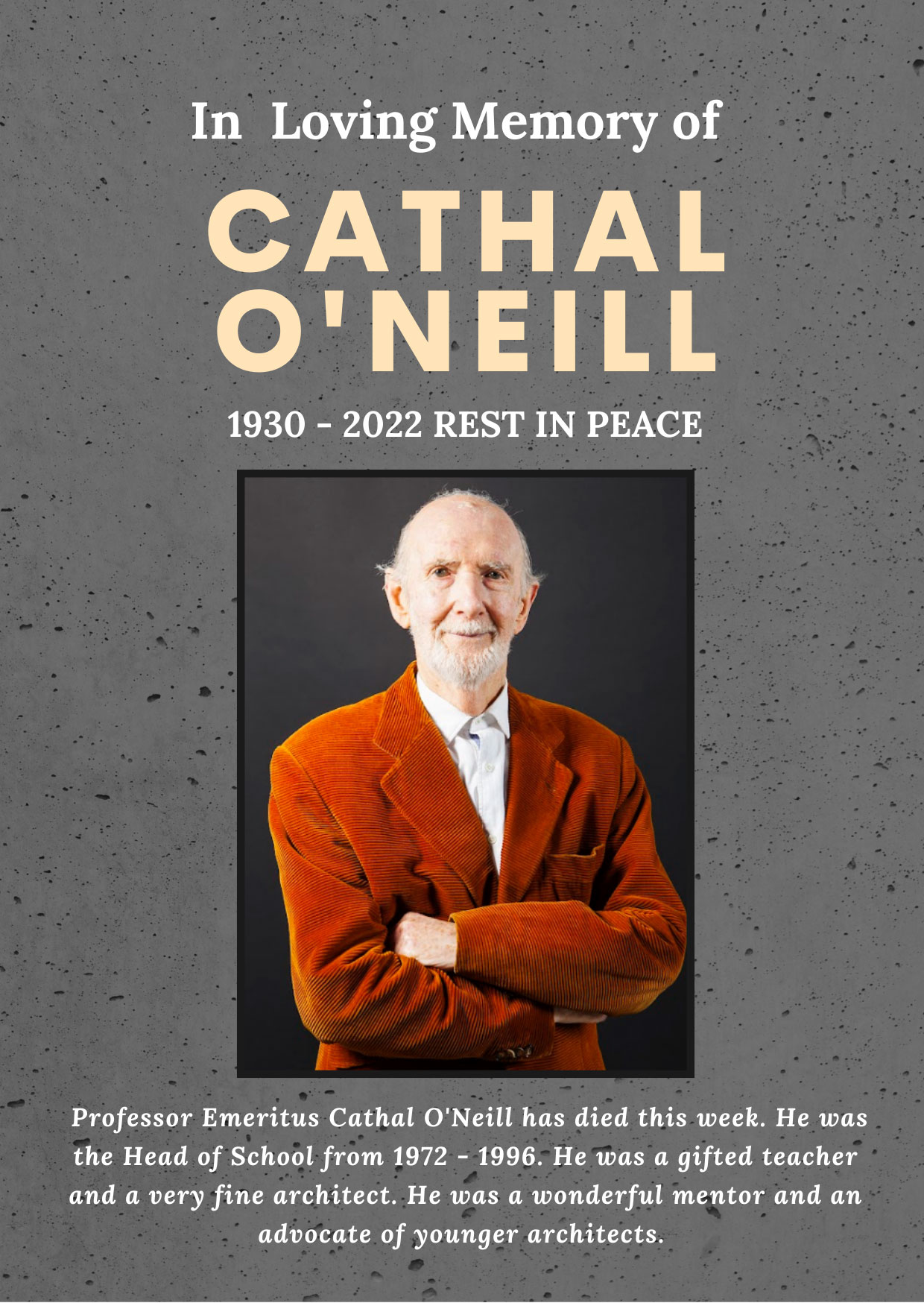 The death has occurred of Professor Emeritus Cathal O’Neill, who studied and taught at UCD and served as Head and Professor of Architecture from 1973 to 1996, when he retired.
Cathal first arrived at UCD in 1949 to study architecture and graduated in 1955. After his fourth year of study he won a travelling scholarship which allowed him to visit and study contemporary European architecture – along the way he met both Le Corbusier and Picasso, who offered to draw his portrait, the offer made in Spanish so that Cathal sadly did not understand and passed up the chance. Two years after graduation, he moved to Chicago with his wife Deirdre to study at the Illinois Institute of Technology (IIT) with the renowned German modernist architect, Mies Van Der Rohe. Cathal was to go to M.I.T. but at the last minute, he changed his mind, only then to become deeply inspired by Mies throughout his career and life. By 1957, Mies was in his seventies but continued to exert a strong influence, along with

UCD School of Architecture is pleased to announce the publication of a new book, Foreign Exchange: Conversations on Architecture Here and Now.
The book responds to the online conversation series which took place during one of the most turbulent periods in recent architecture education, research and practice from November 2020 to September 2021. 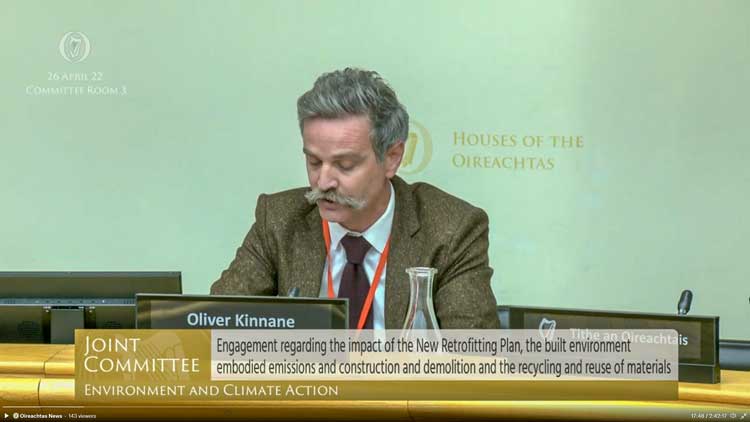 Ireland's homeowners could be retrofitting their retrofits in ten years' time unless measures are taken to up-skill the construction sector, an Oireachtas committee has heard. UCD School of Architecture, Planning and Environmental Policy is pleased to announce the appointment of Lesley Lokko as Visiting Professor, 2022-24. 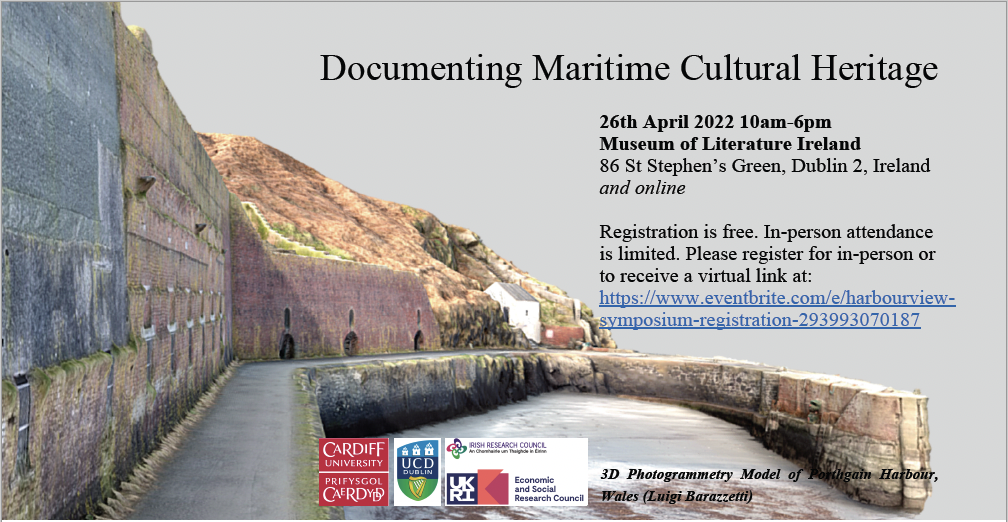 The one day symposium concludes activities of the ESRC- IRC funded UK-Ireland networking project co-led by Cardiff University and University College Dublin Harbourview. It draws together community representatives and experts to present the future challenges and opportunities for the preservation and documentation of historic harbours in Ireland and Wales.

Due to climate change, there has been an increase in the frequency of exceptional heavy rainfall leading to flooding. This poses problems for people living or working near water courses and it can also increase the risk of poorly performing Domestic Waste Water Treatment Systems (DWWTS) and the risk of contamination of well water for people living in rural areas.

Today, UCD Vice-President for Research, Innovation and Impact Professor Orla Feely announced the winner and runners-up of the 2021 UCD Research Impact Case Study Competition. The annual competition encourages researchers of all disciplines to write a case study that tells the story of how their work has made a positive difference. 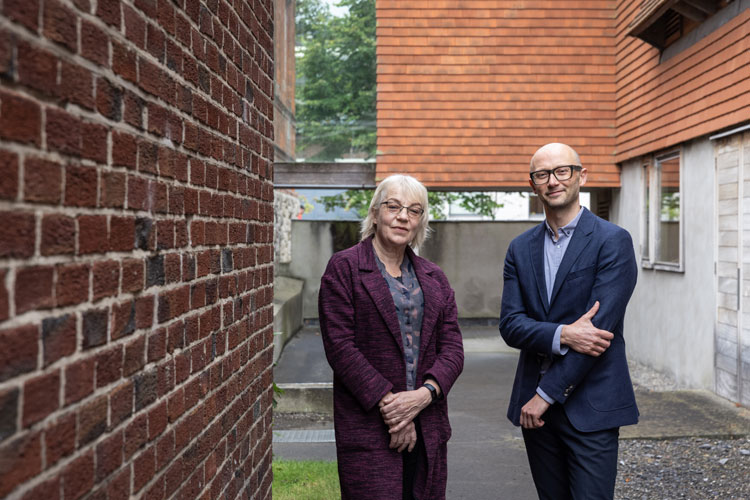 Empowering People to Address the Problems of Climate Change

With climate change causing radical changes to coastlines through erosion and flooding and leading to major disruption to the coastal communities living near them, concern about the impact of climate change is no longer confined to the world of environmental scientists and “eco warriors”.