Professor Sun’s work is standard reference material for researchers in the areas of computer vision, computational fluid dynamics modelling and vacuum cooling. He has had over 1000 papers in the Thomson Reuters science citation index, Web of Science. Some 72 of these papers have been cited more than 100 times.

Recent work by Professor Sun has used non-destructive and non-invasive hyperspectral imaging to determine quality and safety in foods. This allows greater certainty over standards in the food production process compared to visual inspection practices that are still common.

Hyperspectral imaging takes images of food specimens at different wavelength bands at a scale of around ten nanometres (1 nm = one billionth of a metre).

Professor Sun is a global authority in food engineering research and education. He was elected to the Royal Irish Academy in 2010, selected as a member of Academia Europaea (Academy of Europe) in 2011, and inducted as a fellow of the International Academy of Food Science and Technology in 2012. 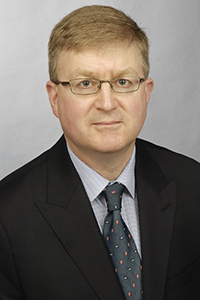 He is also Head of the Food Quality and Processing Pillar in the UCD Institute of Food and Health.

His primary research focus is on Process Analytical Technology for food and bioproduct engineering and novel food processing technologies.

Professor O’Donnell’s areas of research expertise include hyperspectral imaging and Near Infra-red and Mid Infra-red spectroscopy – the study of the interaction between matter and electromagnetic radiation.

Another area of his expertise includes computer vision and rheometry – techniques used to quantify the properties of certain materials.

He also specialises in novel food processing technologies such as sonication – the application of sound energy to particles in a sample – and ozone processing; dairy processing; and food traceability and authenticity.

He is editor of the International Journal of Food Properties and Associate Editor (Food Engineering) of Transactions of the American Society of Agricultural and Biological Engineers.

In the 2016 Thomson-Reuters edition, about 3,000 researchers who represent some of world's leading scientific minds earned the distinction of Highly Cited Researcher.

More than 3,000 researchers, in 21 fields of the sciences and social sciences, were selected based on the number of highly cited papers they produced over an 11-year period from January 2004 to December 2014.