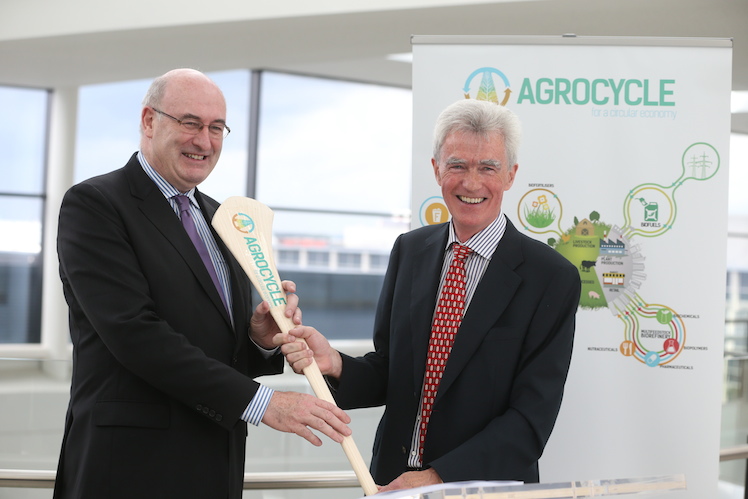 The UCD School of Biosystems and Food Engineering is leading an €8 million Horizon 2020 research project involving a consortium of 26 partners from the EU, China and Hong Kong, to create a protocol for the implementation of the ‘circular economy’ across the agri-food sector.

The AgroCycle project will contribute to setting policy direction in the agri-food sector at EU level, and envisages significant global impact in the sector.

The ‘circular economy’ is based on utilising waste streams as feedstock for new businesses, such as energy and biopharma, or replacing mineral fertilisers with nutrients extracted from agricultural wastes

“The European Commission recognises how vitally important it is to invest in agri-food research and innovation,” said Phil Hogan, EU Commissioner for Agriculture and Rural Development, who launched the project at the inaugural meeting of the AgroCycle consortium at UCD.

“There is now broad agreement that the sector must become smarter, leaner and greener.”

Pictured top: Professor Shane Ward, UCD School of Biosystems and Food Engineering, presents Phil Hogan, European Commissioner for Agriculture and Rural Development, with the AgroCycle hurley during the launch, at the UCD O'Brien Centre for Science, of the €8 million AgroCycle ‘circular economy’ project

“Research must deliver practical solutions in the field and at every other link of the food chain. I know this same principle strongly informs the work being done at UCD.

“The School of Biosystems and Food Engineering has a tradition of research activity, based on a strong collaborative approach, as proven by the large and successful grant application for AgroCycle, under Professor Shane Ward and his colleagues.”

“AgroCycle was one of just two projects funded under the particular Horizon 2020 call, out of over 180 applications. This speaks volumes for the consortium and UCD’s global standing,” said Professor Ward. 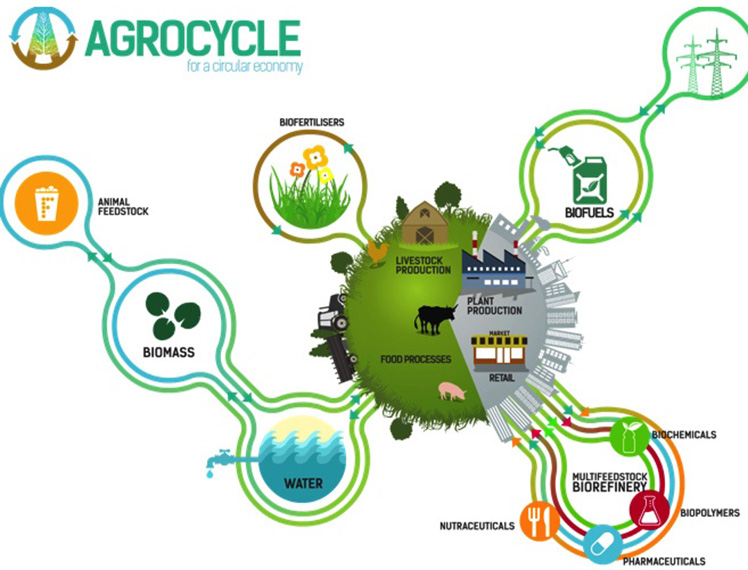 Pictured above: AgroCycle addresses the ‘circular economy’ by reducing waste all along the chain, and utilising waste as a feedstock for downstream industries such as pharmaceuticals and biochemicals

AgroCycle will focus on the development of a sustainable bio-economy underpinned by the agri-food sector. The AgroCycle protocol aims to deliver a 10% increase in agricultural waste valorisation by 2020.

Waste valorisation refers to the industrial processes of converting waste or sources of energy, by reusing, recycling, or composting, into more useful products, including materials and fuels.

The project will also address pathways to deliver downstream industries including pharmaceuticals, biochemical and the production of bio-fuels and microbial fuel cells – an emerging technology based on the production of electricity from organic material.

AgroCycle is a Sino-EU collaborative research venture, funded by the European Commission under its Horizon 2020 programme (€7 million), with additional funding (€1 million) from the Governments of the Peoples’ Republic of China and Hong Kong.