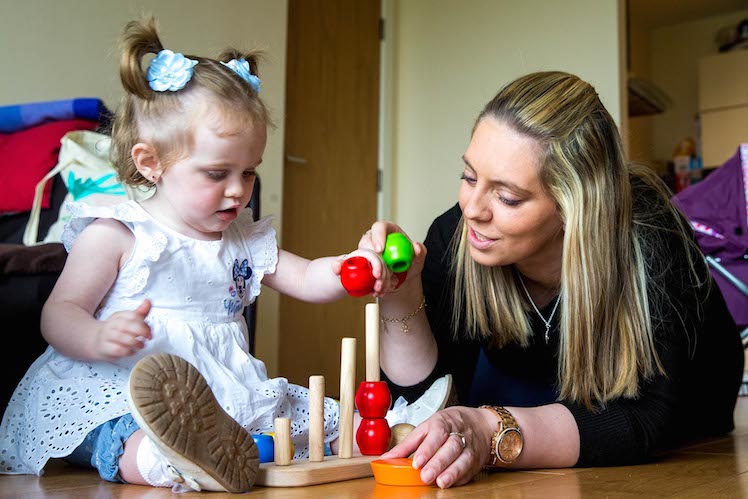 An early intervention programme evaluated by researchers at University College Dublin has significantly boosted children’s IQs and improved their behaviour.

The first in a series of results from the ‘Preparing for Life’ early childhood programme also had significant impacts on reducing children’s obesity levels and improving parenting skills and the home learning environment.

The study focused on intensively mentoring parents in areas with low levels of school readiness. From 2008 to 2013, the study and its evaluation team at UCD followed the lives of 233 parents who were randomly selected to join an intervention group or control group.

All participants received some supports, but the families in the intervention group received intensive parenting supports from midway through pregnancy until their children started primary school.

Preparing for Life, a part of local community development company Northside Partnership, delivered the programme in the Dublin 17 and Dublin 5 areas of north Dublin.

Pictured top: Elaine McCann with her daughter Chloe who took part in the Preparing for Life, parenting mentoring programme in North Dublin which improved children’s IQ, health and behaviour.

Evidence had shown that over half of the children living in the Dublin 5 and Dublin 17 areas were starting school without the necessary skills to make a successful transition to school life.

Just 13% of children in the intervention group scored below average for cognitive development at age four compared to 57% of the control group.

Children who received the intervention were also less likely to be overweight (23% compared to 41%).

The study is one of the first of its kind ever carried out in Ireland or Europe.

“These are all statistically significant and in some cases dramatic results. The programme has changed the life trajectories of these children; they are healthier, smarter and well-adjusted,” said Lead Researcher, Dr Orla Doyle.

Parents in the intervention group were supported at each stage of their child’s development with the provision of tip sheets which provided best-practice information on issues such as parenting, pregnancy, and child health and development.

To record the impact of the programme, parents in both groups took part in research visits involving questionnaires, observations and direct assessments when their children reached six, 12, 18, 24, 36 and 48 months old.

“We believe that parents are the most important resource we have to improve child outcomes. By investing in and enabling parents, Preparing for Life has demonstrated that it is possible to significantly transform children’s lives,” said Manager of Preparing for Life, Noel Kelly.

Northside Partnership works to fight social and economic disadvantage and improve the opportunities for people and communities in north east Dublin.

The Preparing for Life programme was established in 2007 with funding from The Atlantic Philanthropies and the Department of Children and Youth Affairs through the Prevention and Early Intervention Programme (PEIP).