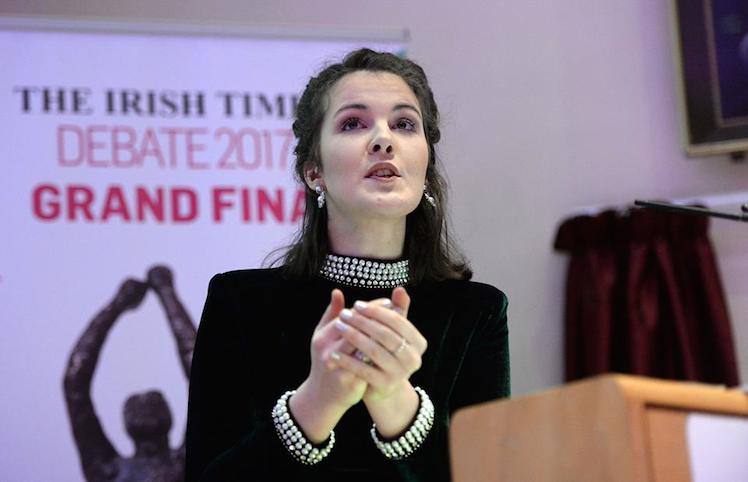 The two students, who represented the UCD Law Society, opposed the motion: ‘This House believes the women of Ireland should strike to repeal the Eighth Amendment’.

The Eighth Amendment refers to the article in the constitution that effectively bans abortion by recognising the right to life of an unborn child.

Strike 4 Repeal, a non-affiliated group of pro-choice activists plan to hold a strike in workplaces if a referendum on the Eighth Amendment on abortion has not been called by March 8, 2017.

The UCD debaters argued that striking would be an overly simplistic response to one of the most complex and controversial social issues in recent Irish history.

“It is really humbling that we won considering the level of talent in the competition," said Dara Keenan. "Obviously to win it with Aisling was great, as she is an incredible debater. It was a lot of fun."

Explaining how the UCD team approached the motion, Dara added: “What we were trying to say was that … it [striking] is an overly simplistic and unnuanced way of trying to discuss something that people in this country don’t really have an answer to and really don’t know where they stand on [the issue].”

As winners of the team competition, Aisling and Dara will undertake a month-long debating tour of the USA this spring, visiting eight cities, courtesy of the National Parliamentary Debate Association of America.

The runner-up team was also from UCD – Engineering students Kevin Brennan and Sandi Ndebele, who are both members of the UCD Literary & Historical Society.

The Irish Times Debate is the oldest intervarsity debating competition in Ireland. It was established in 1960. This year DIT’s Law and Debating Society hosted the competition. It was chaired by Minister for Children and Independent TD Katherine Zappone.