He is one of 50 distinguished scientists elected as new fellows for their outstanding contributions to science such as pioneering machine learning systems, revealing the chemical origins of life and discovering how humans operate on a 24-hour cycle.

The Royal Society was founded in 1663. It has played a part in some of the most fundamental, significant, and life-changing discoveries in scientific history.

"Science is a great triumph of human achievement and has contributed hugely to the prosperity and health of our world. In the coming decades it will play an increasingly crucial role in tackling the great challenges of our time including food, energy, health and the environment,” said President of the Royal Society, Venki Ramakrishnan.

“The new Fellows of the Royal Society have already contributed much to science and it gives me great pleasure to welcome them into our ranks."

“I’m honoured, surprised, and delighted. It’s recognition from the scientific community that the work we’re doing is important and of the highest quality,” said UCD Professor Kenneth Wolfe.

“The Royal Society is saying that my group here in Dublin has made major contributions towards how other scientists think about evolution.”

“It is also an acknowledgment that the approach I’ve taken, which is a traditional single-investigator curiosity-based type of science, that doesn’t require a huge consortium or huge equipment, is a good way to make discoveries. I’d like to thank Science Foundation Ireland (SFI) and the European Research Council (ERC) for their funding support over many years,” he added. 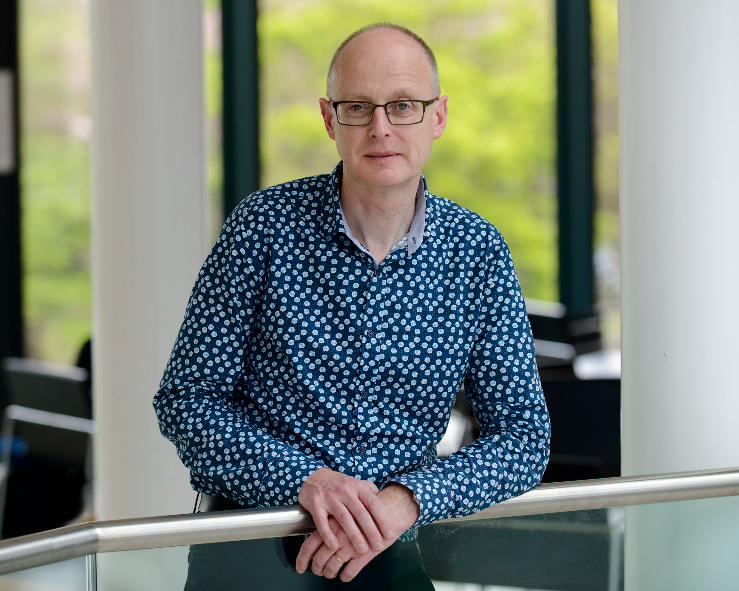 "Membership of the Royal Society is one of the greatest accolades a scientist can receive from their peers, and I am very pleased Professor Wolfe has been judged worthy to join such an illustrious group. His election is further confirmation that the quality of the research at UCD is equivalent to the very best anywhere in the world," said President of University College Dublin, Professor Andrew Deeks.

Professor Ken Wolfe studies how genomes and chromosomes are organized and how they came to have the structures they have today. His group discovered that the genomes of many species became completely duplicated during their evolution, doubling the number of genes they contain.

He was one of the first Principal Investigators supported when Science Foundation Ireland was established in 2001, and was awarded a European Research Council Advanced Grant in 2011. He is a former President of the Society for Molecular Biology and Evolution, and a Member of the Royal Irish Academy.

There are only five other Fellows of the Royal Society in Ireland. Professor Wolfe is the first scientist to be elected from University College Dublin since Edward Conway in 1947.

From Newton to Darwin to Einstein and beyond, pioneers and paragons in their fields are elected Fellows of the Royal Society by their peers. Current Fellows include Jocelyn Bell Burnell, Richard Dawkins, Stephen Hawking and Tim Berners-Lee.

The Royal Society's motto "Nullius in verba" is taken to mean "take nobody's word for it". It is an expression of the determination of Fellows to withstand the domination of authority and to verify all statements by an appeal to facts determined by experiment.

The leading scientific lights of the past four centuries can be found among the 8,000 plus Fellows elected to the Society to date.