This is the third time that both Professor Sun and Professor O’Donnell have been included on the list.

The list identifies journal publications’ authors – as determined by their fellow researchers – whose research has had significant global impact within their respective fields of study.

The list is a citation analysis of researchers who are among the top 1% most cited for their year of publication in one of 21 main subject fields.

Recent work by Professor Sun has used non-destructive and non-invasive hyperspectral imaging to determine quality and safety in foods. This allows greater certainty over standards in the food production process compared to visual inspection practices that are still common.

Hyperspectral imaging takes images of food specimens at different wavelength bands at a scale of around ten nanometres (1 nm = one billionth of a metre). 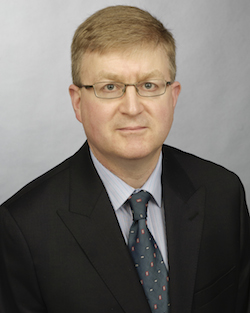 His primary research focus is on process analytical technology for food and bioproducts characterisation and novel food processing technologies.

His areas of expertise include hyperspectral imaging and Near Infra-red and Mid Infra-red spectroscopy – the study of the interaction between matter and electromagnetic radiation.

In the 2017 Clarivate Analytics edition, about 3,000 researchers who represent some of world's leading scientific minds earned the distinction of Highly Cited Researcher.