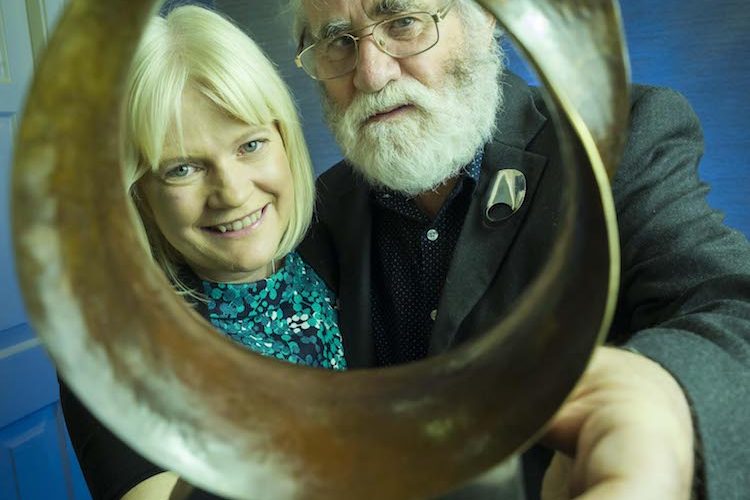 For bringing the importance of maths to a national audience, UCD professor and meteorologist Peter Lynch has been named as winner of the Maths Week Ireland public awareness award.

Professor Lynch is an applied mathematician with expertise in weather and climate. He has written for the public as a blogger, author and columnist with The Irish Times.

Lynch is Emeritus Professor of Meteorology in the UCD School of Mathematics and Statistics, University College Dublin. His research interests include the knock-on effects of changes in atmospheric motion, computer-based weather prediction and climate change modelling.

In 2012, he started a blog called That’s Maths. Many of its posts were syndicated by The Irish Times and a collection of them was published in book format in 2016.

Professor Lynch received both his undergraduate and master’s degree in Mathematical Science from UCD. Joining Met Éireann soon after graduation, he would go on to spend more than 30 years with the national weather service. The work he did at Met Éireann contributed to the development of systems for weather forecasting and climate modelling that are still in place.

In 1982, he completed his PhD at Trinity College Dublin. His thesis was titled “Planetary Scale Hydrodynamic Instability in the Atmosphere”.

As Deputy Director of Met Éireann in, he played a key role in setting up the Meteorology and Climate Centre (MCC) at UCD in 2004. MCC is now the leading academic centre for meteorology and climate science in Ireland.

Congratulations to Dr Peter Lynch, this year's winner of the @mathsweek award for raising public awareness of maths https://t.co/I5RRmLAdup pic.twitter.com/FsbsnSyn0y

In 2014, Professor Lynch received the European Meteorological Service Silver Medal for his distinguished contributions to the development of meteorology in Europe. He has published more than 20 academic articles since his formal retirement in 2011.

He released a book titled The Emergence of Numerical Weather Prediction: Richardson’s Dream in 2006. L.F. Richardson was an English mathematician born in 1881 who was responsible for developing modern forecasting techniques.

The public awareness award was presented to Professor Lynch during the biggest maths festival in the world, Maths Week Ireland. More than 200,000 students are taking part in this year’s festival which runs from October 14 – 22.