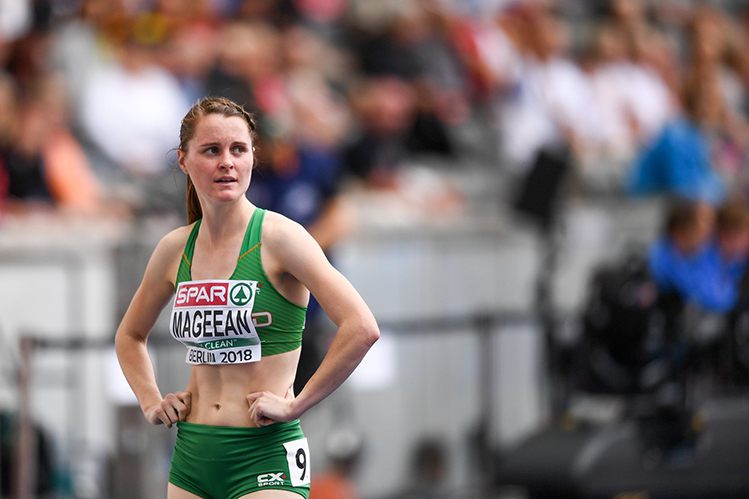 Ciara Mageean was denied bronze at the European Championship after a superb effort in the women’s 1500m left her agonisingly close to a podium finish.

As race winner Laura Muir (Great Britain) took gold, Mageean looked set to repeat her bronze medal from 2016 as she closed in on third place.

However a final burst from Laura Weightman (Great Britain) in the closing stages of the Berlin race allowed the British runner to break away from her UCD rival.

Winning her first major outdoor title, Muir took gold in 4.2.32 after taking a big lead on the second lap.

"I'm proud to be able to go out there and give everything in the Irish vest."- Ciara Mageean reacts to her fourth-placed finish in the 1500m final #RTEsport pic.twitter.com/OI5bKfNSzX

After giving her "absolute all" in Sunday's final, the former student of the School of Physiotherapy told RTE she was “bitterly disappointed” with the result.

“I came to try to bring another medal home for Ireland, to join Tom [Barr] with some metalwork around my neck.

The UCD Ad Astra elite athlete is one of only three Irish female athletes, alongside Sonia O'Sullivan and Derval O'Rourke, to have won a European Championship medal.

Berlin, you've left me broken hearted, but I gave it everything out there tonight. I left it all on the track and wore my Irish vest with pride. . . I'll be back and as hungry as ever. Thanks so much for all the support.

Elsewhere Irish hopeful Mark English, from the School of Medicine, was eliminated in 800m heats despite a season’s best time of 1.48.98 on Thursday.