‘Medal of Excellence’ for UCD research fellow at IRC Awards 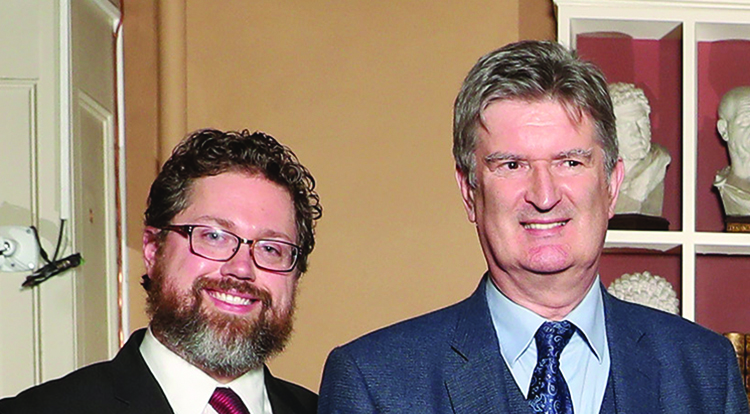 The linguist, from the UCD School of Languages, Cultures and Linguistics, was awarded the prize at the 2018 Irish Research Council’s ‘Researcher of the Year’ Awards.

Dr Lucek received his Medal of Excellence for being the top-ranked postdoctoral researcher in the Arts, Humanities and Social Sciences category.

His work at University College Dublin is focused on adolescents’ use of language in Irish secondary schools.

Receiving by the award, Dr Lucek said he was “overwhelmed” with the response. “It’s amazing that the IRC sponsors so much amazing work in Ireland,” he added.

This year, the council presented Medals of Excellence to four early-stage researchers.

Congratulations to Dr. Stephen Lucek @DialectsIreland @ucddublin on his award of the Maurice J. Bric Medal of Excellence! pic.twitter.com/3j204pIJCr

Congratulating the awardees, Minister of State for Training, Skills, Innovation, Research and Development, John Halligan, said: “Their exceptional careers are a testament to the quality and calibre of people in Ireland’s research sector and I would like to commend them on their hard work and dedication to their chosen field.”

Professor Jane Ohlmeyer, IRC Chair, added: “Having a vibrant research community – and strong public support for research – is more important than ever.

In 2017, the IRC named one of its newly introduced Medals of Excellence in honour of Professor Maurice J Bric from the UCD School of History.

Named after former Chairs of the Irish Research Council, the medals recognise achievement in science, technology, engineering and mathematics (STEM) and the arts, humanities and social sciences (AHSS).

Under Professor Maurice J Bric’s stewardship, the Council transformed the landscape in Ireland for research in the arts, humanities, and social sciences.

His Bric Report, submitted in 1999, made the case to Government to establish and fund the system of research councils, which exists to this day.

The inaugural IRC ‘Maurice J Bric Medal’ of Excellence in the Arts, Humanities and Social Sciences, was awarded to Dr Dan O'Brien, of the UCD School of English, Drama and Film.