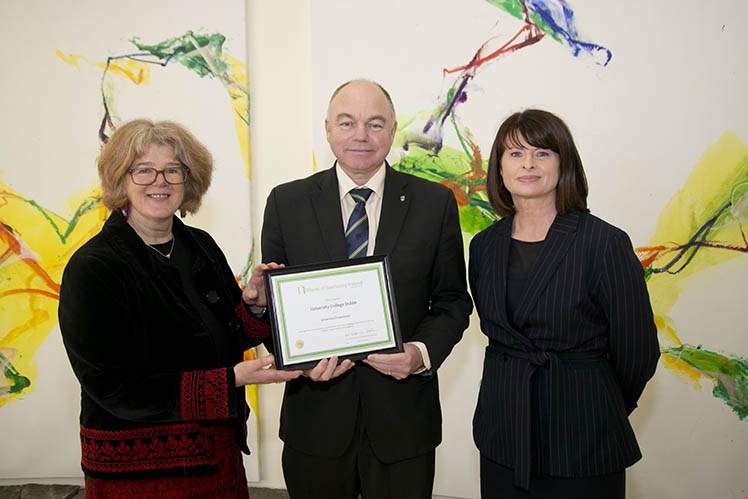 University of Sanctuary status has been awarded to UCD in recognition of a range of initiatives welcoming refugees and asylum seekers into the university community.

The designation recognises a number of projects undertaken by staff and students that will result in the provision of free and funded access to education, employment and work experience to refugees and asylum seekers.

One of the most important initiatives the university has taken is to offer free fees to all refugees and asylum seekers resident in Ireland who qualify to study at UCD but cannot afford the fees. The proposal was put forward by the UCD Refugee Working Group and it was accepted last year by University management. 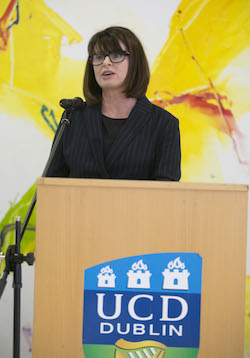 “Our University recognises the very important contribution that we can make by harnessing the human resources, skills and energy of displaced staff and students and deliver benefit to both home and host nations by improving their access to work and study within higher education,” said President Deeks.

Speaking at the ceremony, Chief Commissioner of the Irish Human Rights and Equality Commission, Emily Logan, said the rights to access education and to choose opportunities for employment were “at the core of enabling each person to flourish”.

She said the IHREC had spoken directly to asylum seekers living in direct provision centres in Ireland.

“There has been a consistent message coming across, in terms of their own desire to independently build their lives, to realise their hopes and their aspirations and to fulfil their desire to play a significant part in society here in Ireland,” she said.

UCD is very proud to be presented with the designation of University of Sanctuary for asylum seekers and refugees. Huge congrats to everyone involved! pic.twitter.com/dhGxfkGffB

Ola, who is a Stage 1 Computer Science Student at UCD is one of the first beneficiaries of the new UCD policy of offering free fees to refugees and asylum seekers, also spoke at the event.

He said that when he completed a FETAC level 5 course in Software Design and Development at Crumlin College it still seemed like third-level education was out of his reach.

“When I got the text from the CAO saying I got a place at UCD to study Computer Science that was an incredible experience,” he said.

“It’s been an incredible opportunity for asylum seekers knowing that you can actually access third-level education. It will transform the lives of so many asylum seekers in Ireland.

“From the beginning, I have always wanted to give back to Irish society and now with my Computer Science degree I help out with CoderDojo, a computer coding club for kids – this is my own little way of saying thank you to the Irish state.”

Some of the other initiatives taken by staff and students at UCD that have contributed to the University of Sanctuary award include:

Places of Sanctuary Ireland is a network of groups in towns, cities and local communities that share the objectives of promoting the integration, inclusion and welfare of refugees, asylum seekers and vulnerable migrants.