A UCD researcher has been named as the latest recipient of the British Nutrition Foundation’s Drummond Early Career Scientist Award. 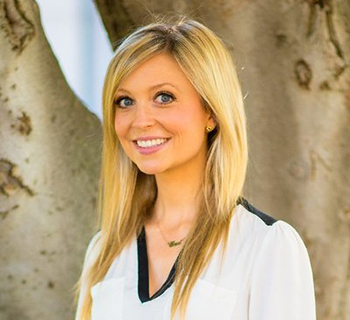 Dr Caoileann Murphy, a postdoctoral research dietitian at the UCD Conway Institute of Biomolecular and Biomedical Research, will be honoured at a ceremony in London later this month.

The Drummond Early Career Scientist Award is an annual scheme run by the British Nutrition Foundation.

It recognises early career nutrition scientists who show great potential to be future leaders in the field.

The award was established to honour the memory of Sir Jack Drummond, a British biochemist noted for his work on nutrition during World War II.

Based on Drummond's research, more protein and vitamins were introduced into the British diet under rationing, with follow-up studies after the war showing the population's health had improved despite the stresses of war.

Along with receiving an award, Dr Murphy’s work will be showcased in December’s edition of Nutrition Bulletin.

After qualifying as a dietitian in 2009, Dr Murphy worked clinically at St. James's Hospital in Dublin before completing a Masters in Sport and Exercise Nutrition at Loughborough University in the UK.

Following this, she undertook a PhD at McMaster University, Canada, where she used stable isotopic tracers to examine the ability of practical nutrition and exercise strategies to maximize in vivo rates of muscle protein synthesis in older adults.

Dr Murphy has authored a number of scientific research papers, reviews and book chapters and is a recipient of the TOPMed10 Marie Curie Fellowship.