Four UCD researchers are among the top 1% of the most cited researchers in the world, according to the annual Highly Cited Researchers 2018, compiled by Clarivate Analytics.

Working in the areas of food engineering, bionanotechnology and food chemistry, the researchers included in the listing are:

Now in its fifth year, the ‘Highly Cited Researchers’ listing identifies influential researchers who are leading the way in solving the world’s biggest challenges. 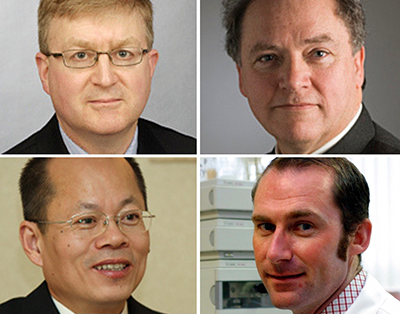 The list is a citation analysis of researchers who are among the top 1% most cited for their year of publication in one of 21 fields of study.

The ranking includes 17 Nobel laureates and, this year, some 6,000 researchers earned the distinction of Highly Cited Researcher.

This is the fourth time that Professors Da-Wen Sun and Colm O’Donnell have been included on the list.

He is the founder of the modern conception of the ‘protein (biomolecular) corona’ responsible for the biological identity of engineered nanoparticles.

Annette Thomas, CEO of the Scientific & Academic Research group at Clarivate Analytics warmly congratulated the researchers on their appearance in this year’s list.

“The Highly Cited Researchers 2018 list helps to identify the researchers who are having the greatest impact on the research community as measured by the rate at which their work is being cited by others and that contributes so greatly to extending the frontier and gaining knowledge and innovations for society - contributions that make the world healthier, safer, richer, and more sustainable," she added.