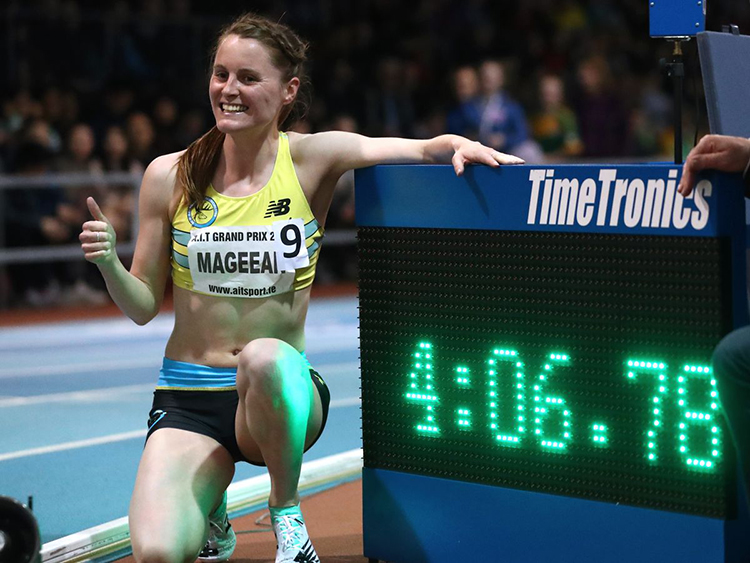 Running ace Ciara Mageean has claimed a new Irish record for the 1500m, blowing away her own best time to storm into European medal contention.

In a superb effort, the former UCD Ad Astra athlete set a new indoor record in the 1500m at the 2019 AIT International Grand Prix at Athlone IT this week.

Delighted to have lowered my National Record at the #AITGrandPrix19 tonight. Thank you so much for all the support and for a fantastic meet. pic.twitter.com/ZYExJUTblH

It is the UCD graduate’s second Irish record of the Indoor season, having set a new mile record of 4:28.31 in January during the New Balance Indoor Grand Prix in Boston.

The 26-year-old from County Down is back on the track this weekend for the National Indoor Championships, with the European Indoors coming up in Glasgow next month.

The former student of the UCD School of Public Health, Physiotherapy and Sports Science is one of only three Irish female athletes, alongside Sonia O'Sullivan and Derval O'Rourke, to have won a European Championship medal.

In August, she narrowly missed out on a podium finish at European Outdoor championships.

What a race from @TeamIreland Ciara Mageean at the Grand Prix in Athlone! Its a track record & a PB for Ciara herself! pic.twitter.com/gZMU5ZklSP

Also competing at the 2019 AIT International Grand Prix was Mark English, from the UCD School of Medicine, who improved on last year’s second place to dominate the 800m.

He too will compete at the National Senior Indoors at Abbotstown in Dublin this weekend.