UCD Professor Da-Wen Sun has topped the list of the world’s most cited researchers in the field of Agricultural Sciences.

A global authority in food engineering research, the academic from the UCD School of Biosystems and Food Engineering has 68 papers labeled as 'Highly Cited Papers' by the Essential Science Indicators (ESI) database.

Compiled by Clarivate Analytics, the list surveys more than 11,000 journals from around the world to rank top-performing research in 22 broad fields based on publication and citation performance. 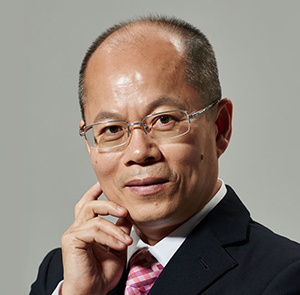 The database is updated every two months, and covers more than a ten year period, starting January 1st 2009.

In addition to those papers labelled as ‘highly cited’, Professor Sun has 13 others listed as ‘Hot Papers’.

This category covers papers published in the past two years that have received a large number of citations soon after publication, relative to other papers in the same field and release window.

A member of six academies, including the Royal Irish Academy and the Academia Europaea, one of the most prestigious societies in the world, Professor Sun’s work is standard reference material for researchers working on computer vision, computational fluid dynamics modelling and vacuum cooling.

Having published over 1,000 papers, including more than 500 peer-reviewed journal papers indexed by Web of Science, with Web of Science h-index of 95, SCOPUS h-index of 101 and Google Scholar h-index of 110, he has been named as a ‘Highly Cited Researcher’ for four consecutive years by Clarivate Analytics.

In November he was one of four UCD researchers among the top 1% of the most cited researchers in the world, according to the group’s annual Highly Cited Researchers Index.

Now in its fifth year, the list identifies influential researchers who are leading the way in solving the world’s biggest challenges. ‌

Among those included are 17 Nobel laureates.