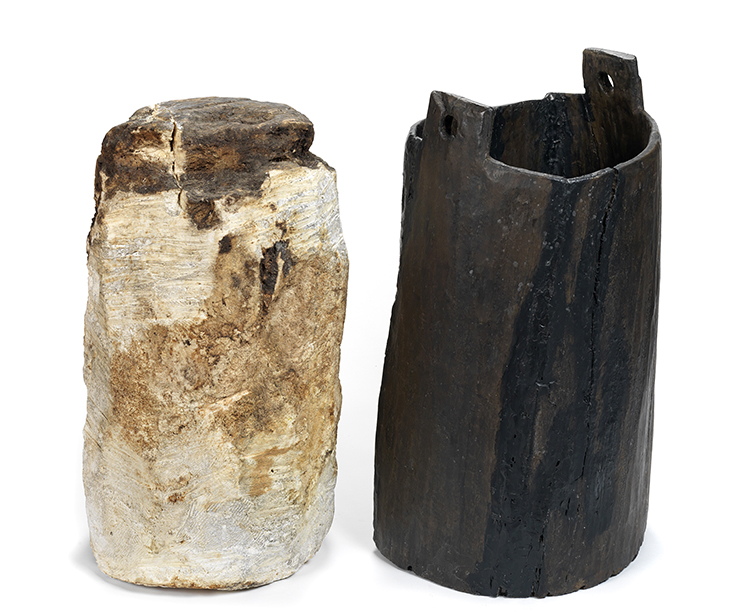 A 2,325-year-old bog butter weighing almost 13.5kgs recovered from Rosberry in County Kildare, dated 360 to 200 BC, alongside the keg it was found in. Image copyright of the National Museum of Ireland

Irish dairy lovers have been keeping their butter cool for thousands of years, scientists say.

A new study by University College Dublin and the National Museum of Ireland has revealed the remarkably long-lived tradition of using bogs to keep butter edible dates back over 3,500 years.

Irish bog butter is almost always made from milk fat which has been buried in a bog. What makes it so special is its age. Often unearthed by turf cutters, these chunks of butter can be thousands of years old and only becoming inedible after centuries in the ground.

Deteriorating in appearance and flavour with time, as the fat in the butter decomposes, bog butter takes on hard, yellowish-white texture, similar to wax, and a cheesy smell.

The cool, low-oxygen, high-acid environment of the bog means it was ideal for preserving perishable food before modern refrigeration.

The deposition of butter in bogs in Ireland dates from at least the Early Bronze Age (1750 BC) and may reflect a booming dairying industry at the time, according to Dr Jessica Smyth from the UCD School of Archaeology. 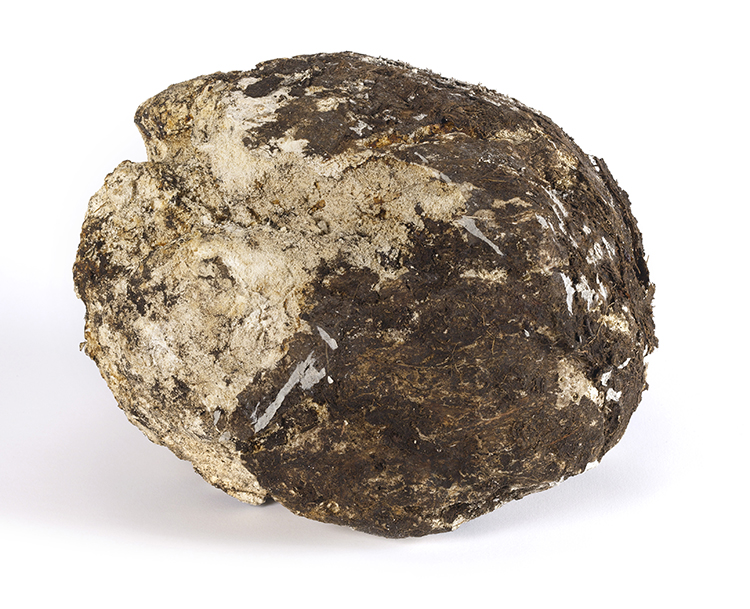 A chunk of bog butter recovered in Shannagurraun, Co. Galway, dated to AD 960‐1040 and wrapped in animal bladder. Image copyright of the National Museum of Ireland

These findings have published in the journal Scientific Reports.

“We have known for a long time that bog butter was some sort of animal fat. However, compound-specific stable isotope analysis of the fatty acids in the degraded bog butters is the only way to identify the true origins of the fat – whether it was a milk fat like butter, or a carcass fat like tallow or lard.” said Professor Richard Evershed from the University of Bristol.

“Together with two recently dated samples, this study brings to five the number of Bronze Age bog butters recorded from Ireland. Their date is extremely significant and pushes back known depositional activity by as much as 1500 years.”

Dr Smyth added: “Clearly, it is unlikely there was a single reason for the deposition of bog butter over four millennia. In certain periods they may have been votive deposits, while at other points in time it may have been more about storage and even protection of valuable resources.”

Professor Evershed notes that: “The widespread occurrence of these enigmatic butter deposits fits with our increasing knowledge of the central importance of dairying in prehistoric northern Europe.” 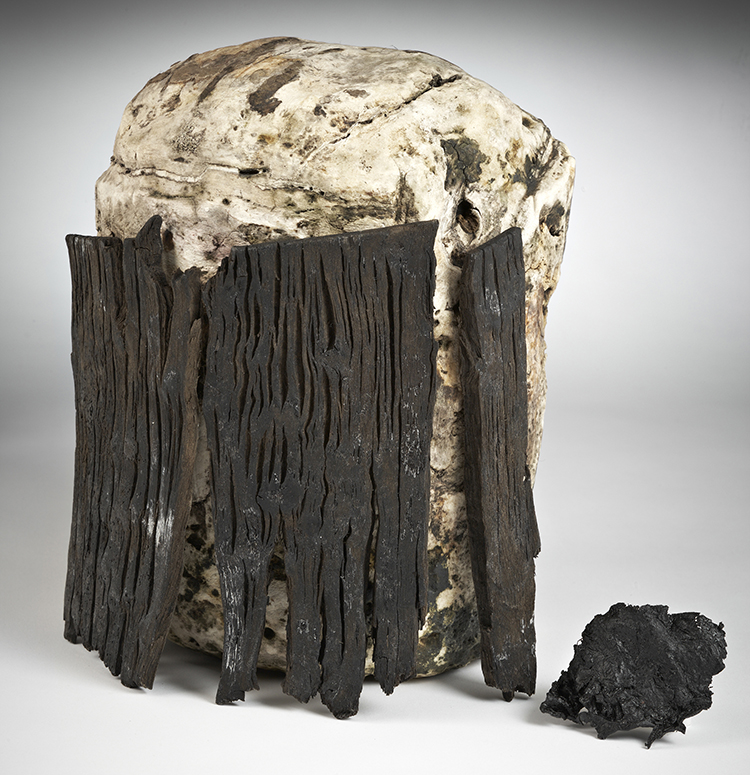 This bog butter was found in Muckanagh, Co. Mayo, dated to AD 775 to 895, alongside its wooden container and leather wrap. Image copyright of the National Museum of Ireland

Four of the five Bronze Age bog butters studied by the team came from County Offaly - two were found near at Ballindown and Drinagh, while the other two examples were discovered approximately 12 km apart at Esker More and Knockdrin. The fifth was recovered from Clonava in County Westmeath.

The earliest dated sample, Knockdrin, from between 1745–1635 BC, was associated with bark, possibly a wrapping or container.

In the early 2nd millennium BC, only small, round-based wooden bowls are known and pottery from non-funerary contexts is rare, suggesting that deliberate choices were made about the materials used to store surplus food. 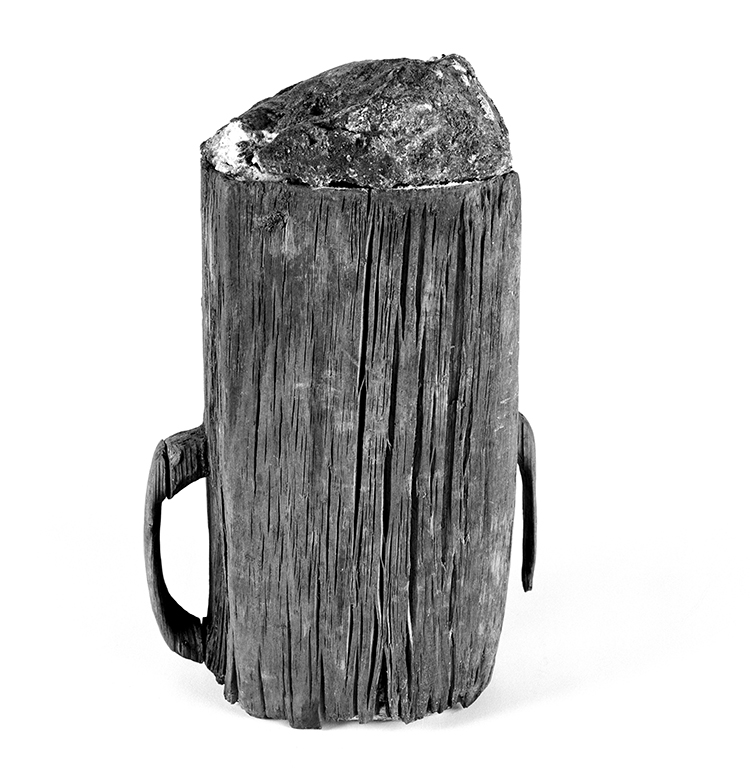 A piece of bog butter found in Tumgesh, Co. Mayo, deposited in a wooden mether. Image copyright of the National Museum of Ireland

“Foods are an often-ignored category but may have also been infused with symbolism. In this regard, it may be no coincidence that both butter and gold are commonly deposited in bogs.”